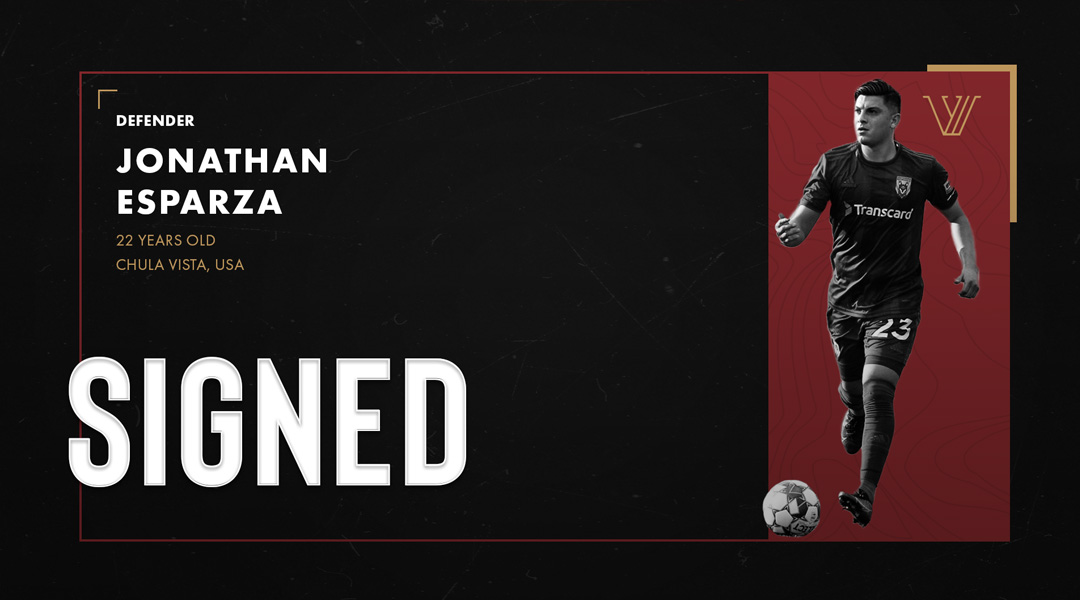 The 22-year-old joins the Winnipeg-based side after having spent the least season with USL League One side Chattanooga Red Wolves, where he made 24 appearances last season.

Esparza began his career with Liga MX side Club Tijuana, who loaned the youngster to Mexican second division side Oaxaca. He made nine appearances in his first professional season before undergoing a second loan to Celaya FC in 2019, making five appearances. He then joined third division side CD Irapuato in 2020 before moving stateside with Chattanooga.

Esparza was also named to the US U-18 Men’s national team for the 2017 Slovakia Cup, too. He has five youth appearances to his name at the national level.

Dos Santos has remained high on versatility in signings, so it’s worth nothing that Esparza has been deployed as both a midfielder and a forward throughout his professional career, which might give the side options in a pinch – though fans should expect Moses Dyer and William Akio to lead the front line this season.

“I’m an adventurous type of guy,” said Esparza, “I’ve played in Mexico before and jumped around from team to team and visit different cities. I then made the jump to the US and now to Canada. I’ve been to quite a few places. I love the adventure of it.The coaches there told me some great things about Winnipeg.”

The Winnipeg-based side is set to trial two center midfielders picked up from the CPL-U SPORTS Draft this week, while also having signed Matteo de Brienne to a professional contract ahead of draft night.

The financial terms and length of his contract were not disclosed by Valour FC.