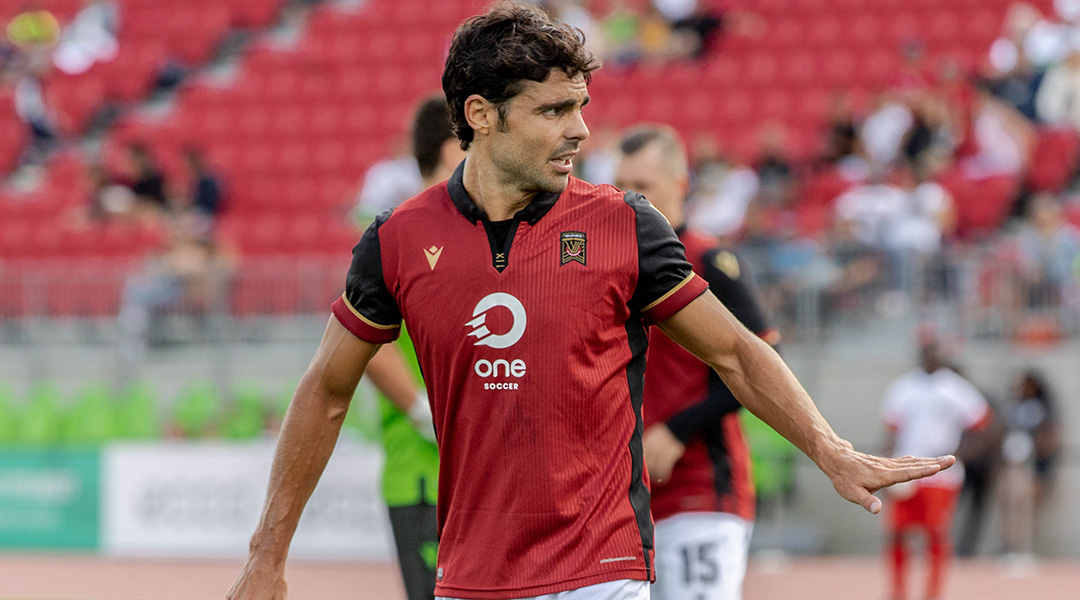 The club was quick to announce that Galan – now a father looking to settle down with his family – had signed a multi-year contract with Valour FC, and was looking to cement himself in Winnipeg to provide a stable environment with a high quality of life for his family. He made thirteen appearances under Rob Gale throughout the side’s fall campaign, with Valour FC finishing fifth place out of seven.

During the offseason, the Spanish veteran remained quiet on his future. While he was known to have been on a multi-year contract, many first-year deals structured by the founding CPL sides saw options go un-exercised and, in the case of Simon Adjei, result in mutual contract termination ahead of the league’s second season.


Today, Galan took to Instagram to announce that he will be remaining with Valour FC for the 2020 Canadian Premier League season, marking the first time he’s stayed with a club for more than a single season since his time with UD Almeria from 2007-2010.

I’d like to confirm that I will play for Valour again this 2020. At the same time, I want to take this opportunity to say that I’m proud [to] have been part of this first season of CPL and Valour FC, and I’m deeply thankful to all my teammates, who helped me a lot to adapt quickly and I’ll really miss them, because many of them were [sic] more than just teammates. I consider them as friends and I’ll always wish them all the best in their careers. We got bad and great moments together, and that’s something I’ll always keep in my memory.

The aforementioned bad moments led to rumours of locker room turmoil, which has now resulted in a roster shakeup that will see at least half the inaugural roster depart.

Similarly to Galan, veteran striker Michele Paolucci had earlier stated that his contract with the side run until December 2020, but a comment posted by the striker seems to suggest that the former Juventus striker may have departed the club. The Winnipeg-based club has been in the midst of a significant roster reset following several departures that included former club captain Jordan Murrell along with highly-touted midfielders Louis Beland-Goyette, Michael Petrasso, and Marco Bustos.

The club is currently holding trials with a number of 2019 CPL athletes who now find themselves free agents, like Austin Ricci (York9 FC), Tofa Fakunle (Cavalry FC), and Chakib Hocine (Halifax Wanderers FC). When it comes time to finalize the roster, it’ll be interesting to see which players are selected to line up alongside Galan as Valour FC seeks for redemption in the 2020 Canadian Premier League season.