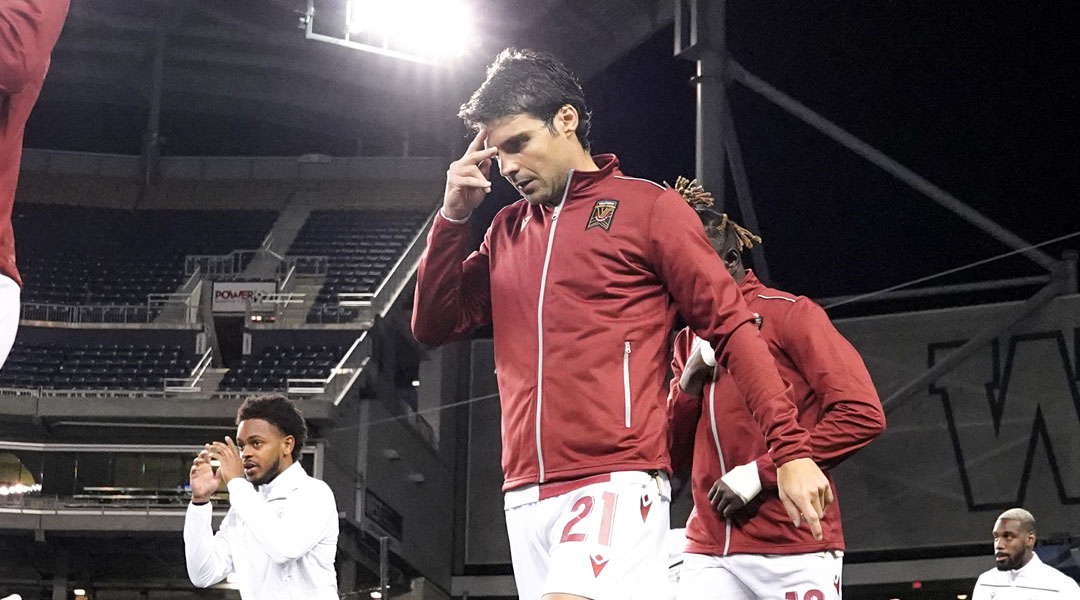 A recent interview with Jose Galan by Diario AS is sure to turn some heads.

The veteran Valour FC midfielder, now 35, covers a lot of ground in the short chat, discussing age-ism in football and what might be next for him while unleashing a deep criticism of the CPL head office.

When the 35-year-old midfielder first arrived to Winnipeg’s Valour FC as a twenty-club man in 2019, he hoped to find a a good environment to settle in as both a professional footballer and a new father, securing a high quality of life for his young family. Winnipeg provided this in spades, with Galan now having completed his third season with the side – his longest time with one club, ever.

While Jose appears have truly embraced life in Winnipeg, his next steps remain unknown: he likes the club and the fans, but went on record with some clear distaste for the league office.

I’ve played in many countries and it’s strange to me that Canada is where I’ve found the worst organization. They don’t let us speak, they haven’t accepted the players association we are trying to create to have more rights, they promised to give us back the 25% they withheld from us during the pandemic and they haven’t done it. They even forbid us to publish pictures with a car because they have an agreement with Volkswagen. It feels like I’m playing in North Korea.

Editor’s Note: Speaking with Northern Tribune, Jose Galan clarified that the North Korea comment was intended as a joke, rather than a formed opinion regarding the league itself.﻿

For a footballer who has taken to the pitch with 21 clubs across 13 countries, him saying that the Canadian Premier League has been the worst organization out of any place where he’s plied his trade is sure to sting.

This season saw players put forth a unified pro-union message on the pitch, with many athletes anonymously telling us that they also felt unheard by the league office. The 25% salary deferral mentioned by Galan was turned into a permanent cut, which is a big talking point for PFA Canada, the prospective player’s union.

While Jose has a deep appreciation for the love shown to him by the Valour faithful – he has received the most love here out of anywhere he’s played, he says – what comes next for Galan remains to be seen. He won’t rule out renewing his contract with Valour, but also noted that he longs to experience life in the United States or Australia.

Now entering free agency territory, Galan is faced with a familiar problem: many sides shy away from signing a 35-year-old athlete, a subject that has always gotten him fired up during his time in the CPL.

I’ve had offers from the United States and Egypt, but when they see that I’m 35 years old, they back out. It’s something that pisses me off.

That treads a dangerous line for Galan, who would have been much less likely to land in the CPL had that scouting system been in place in 2019.

Everyone is against the policy of signing only young players. Wouldn’t it be better to bring in some veteran players with experience in Europe to teach the younger ones?

Galan went on to say that even this year, he was informed by Phillip Dos Santos that a player of his age was unlikely to get much playing time after a foot injury curtailed the start of his season. He ended up featuring in twelve of thirteen matches following his return from injury, though none came as a full 90.

Still, that’s certainly not a bad recovery time for a 35-year-old who had played throughout the entire offseason with CD Villarrobledo, his 21st club in all over a spread of 13 countries thus far.

My coach told me when he arrived that I was hardly going to play, that with my age it was impossible for me to get into the rhythm after being injured for three months. Now he says that my performance and attitude has always been top. It is unfair that some of us are valued for the years we have. There are players in the elite who have reached their best level after turning 30.

As Diario AS notes, the Ballon d’Or favourites from this year are all close to their mid-thirties: Robert Lewandowski and Karim Benzema are both 33, and Lionel Messi is 34. This month, Dani Alves has sparked plenty of fanfare for his return to La Liga giant FC Barcelona, and he turns 39 in May.

While Galan isn’t playing at that level, the sentiment is the same: these are modern athletes, fueled by a healthcare and fitness routine that wasn’t possible in the days when most spectators were growing up. Yet, most likely think of ‘retirement age’ for athletes as being the same as it was when they first began watching the sport.

See Also: Galan Getting The Coaching Bug, But Eager To Keep Playing

While Galan has picked up a coaching license from Spain, he’s evidently keen to continue on as a professional footballer until it’s not a possibility anymore. With the CPL seeing athletes opt out of the professional game at the age of 25, the veteran midfielder is well in front of local expectations, which is a virtue from his days playing in more lucrative divisions.

When it will be time for him to hang up his boots is anyone’s guess, and right now it looks like the where is also a big question. Galan has more luxury than most in the CPL to decide what comes next.

FC Edmonton Facing Blunt Truth: ‘We Have To Improve’