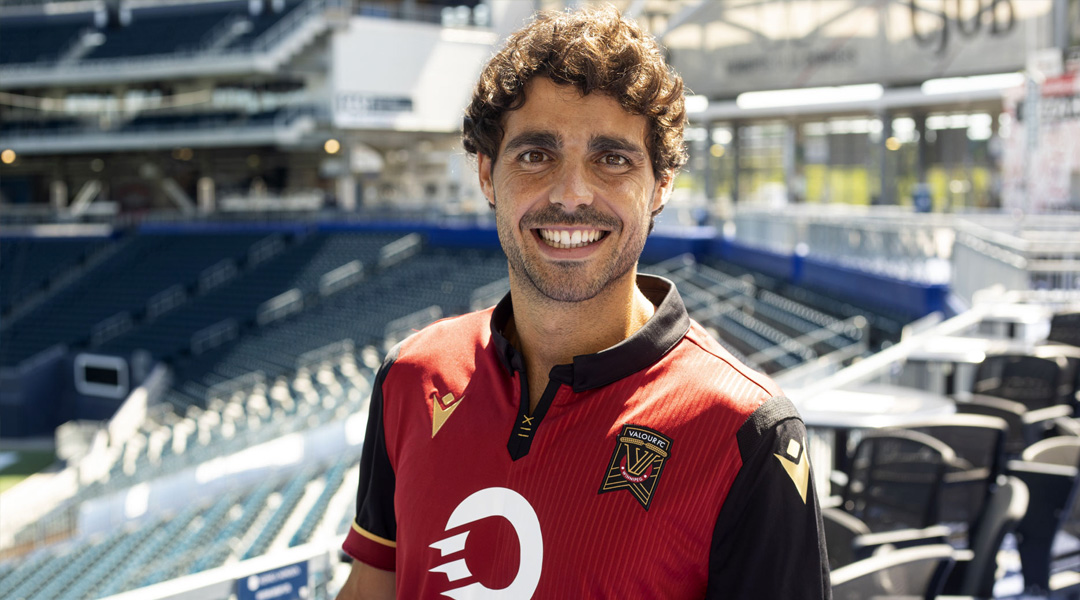 When Valour FC head coach Rob Gale announced the signing of 20-club man José Galán, the fan reaction was an understandable mix of curiosity and concern: with the 33-year-old Spanish midfielder having bounced around 12 countries before arriving here – at one point playing for three different clubs in 2016 – it wasn’t the kind of signing that evoked an image of stability.

The energy of his announcement was more comparable to the polite golf claps Toronto FC got when it first announced Michael Bradley, though we all know how that turned out.

Still, stability is exactly why Galán says he’s come to Winnipeg: he had spoken about the club with Adam Mitter, who had also bounced around the globe on a near-annual basis before arriving at the Winnipeg-based club earlier this year. He was doing his homework, he says, because the now-married midfielder is looking to provide stability for his family. Gale offering a multi-year contract was a good first step.

I have to admit I have this mindset where sometimes I could have stayed for longer in one club, but I have an offer for another one and maybe this place is amazing. But now I’m married and would like some stability and Canada is a great country and this stadium, the facilities and the people that work for the club, it is the right place to stabilize. This is my dream. We’ll see if it can happen.”

From the sounds of things, Galán is hoping to make this his first multi-year stay at a club since his years with Almeria B from 2007-2010. Since his time in Spain, Galán has played in Thailand, Indonesia, Austria, Jordan, Cyprus, Romania, Finland, Andorra, Hong Kong, Qatar, Saudi Arabia, and now Canada – making him the most well-traveled player in the league (sorry, Issey Nakajima-Farran).

It’s worth noting that Galán isn’t likely to be Valour FC’s sole signing of the fall transfer window: when asked if the final roster spot would go towards someone to help bolster the squad’s attack, Gale responded with ‘watch this space – you won’t have to wait long’. With Stephen Hoyle having parted ways with the club exactly a week ago, fans will be hoping that someone with what Gale calls a ‘killer instinct’ will finally arrive to convert chances that the club has spurned on a too-often basis.

The fall transfer window of the Canadian Premier League runs until August 7, so Gale still has plenty of time to bring in his new striker – though it doesn’t seem like fans will have long to wait. After that, he’ll have a full 23-man roster to work with, and the only new direction for the club to go is up.