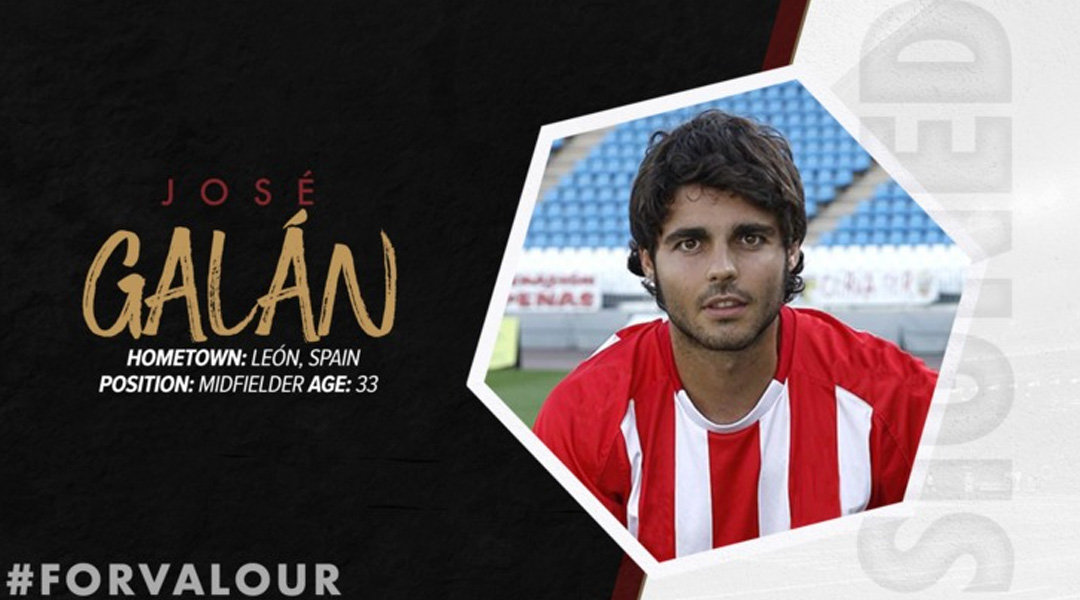 The journeyman player has had quite a storied career, and Valour FC will become his 20th – yes, 20th – club to play for. In his earlier days, he was a member of the Atlético Madrid C team (making one appearance for the B team), and since 2010 he has plied his trade in Thailand, Indonesia, Austria, Jordan, Cyprus, Romania, Finland, Andorra, Hong Kong, Qatar, and Saudi Arabia.

Galán has typically spent less than a full season at each club he’s played for since 2010, but Gale seems confident that the 33-year-old Spanish midfielder can stay in Winnipeg for longer: he’s been signed to a multi-year contract. Financial details for the deal, as per league standard, have not been revealed.

Galán is a very interesting addition for us and brings a wealth of experience and quality as a holding midfield player. He has the ability to break up the opposition and use the ball very well in line with the style of football we play.”

The club is no stranger to journeyman signings, with 26-year-old English defender Adam Mitter also having moved clubs on a near-annual basis before signing with the Winnipeg-based side.

Valour FC finished the spring season with the worst goal difference in the league, allowing 15 goals in the back while only scoring eight after ten games. Rob Gale will be hoping the holding midfielder can open opportunities for strikers who haven’t been able to make large contributions to Valour’s inaugural campaign so far.


Fans had previously speculated that Canadian midfielder Kianz Froese was a logical target for Valour given the player’s roots in Winnipeg, but the 23-year-old signed on with German fourth division side FC Saarbrücken last week.

The singing of Galán means that Valour FC currently has 22 players signed to its roster, leaving Gale with room to make one additional signing. The club will be hoping to improve on its bottom-placed finish from the spring season, and has had a long bye to start the fall campaign. While other clubs are two games into the fall season, Valour’s first game will take place against FC Edmonton this Wednesday.

Gale is ready to decide on a starting goalkeeper between Tyson Farago and Mathias Janssens, though fans will be wondering if Gale will make a further defensive change with his sole available roster spot. Galán is a signing that sparks curiosity, so there’ll be plenty of interest eyes to see if he’s cleared to play as soon as this Wednesday.