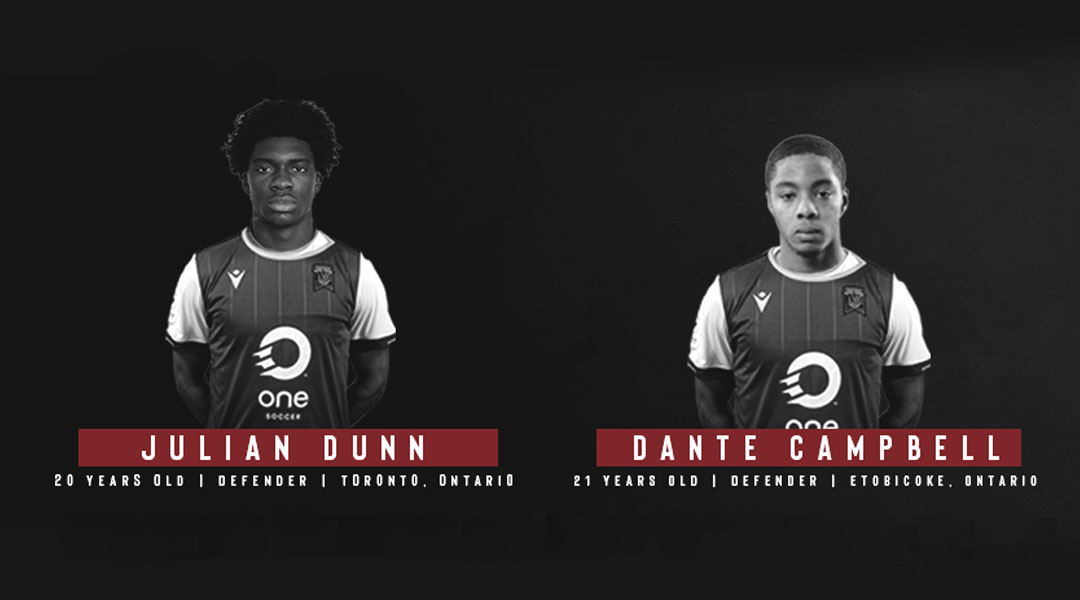 Dunn made his professional debut for Toronto FC II in 2017, making 13 appearances for the side in his rookie season. Impressing at the USL level, he then signed a homegrown contract with Toronto FC in 2018, making his debut as a late substitute against the Colorado Rapids and playing the full ninety against the Houston Dynamo the next week.

Dunn then returned to the club’s USL affiliate, but he’ll now get another chance at top flight action with Valour FC. The 20-year-old has represented Canada up to the U-23 level, and a good showing in the CPL this year could see his stock at Toronto FC rise.


The club is also bringing in 21-year-old defender Dante Campbell, who made 49 appearances for Toronto FC II and contributed a single goal after signing with the side four years ago. Having yet to receive a homegrown contract offer with Toronto FC, the 21-year-old is faced with a golden opportunity to impress in the CPL and, potentially, prove his worth to his parent club.

Last month Rob Gale acquired former Toronto FC II standout Shaan Hundal on a permanent move, who lamented the fact that Major League Soccer makes it difficult for young Canadian athletes to get playing opportunities. With Valour FC now having three MLS-to-CPL Loan signings on the books (with James Pantemis coming in from the Montreal Impact), there’ll be plenty of eyes watching to see how the MLS products fare in domestic action.


Gale has undergone a massive squad restructuring following a season filled with criticism last year, with the current roster certainly hinting at dark horse potential: the likes of Fraser Aird, Masta Kacher, and Stefan Cebara provide good domestic options, while international acquisitions like Arnold Bouka Moutou and Moses Dyer appear to be sharp signings for the Winnipeg-based side.

The Canadian Premier League will kick off on August 13, though the league schedule has yet to revealed. Valour FC will undergo a seven match round robin for the regular season, with a top four finish securing a spot in a second round robin stage ahead of the CPL Final.