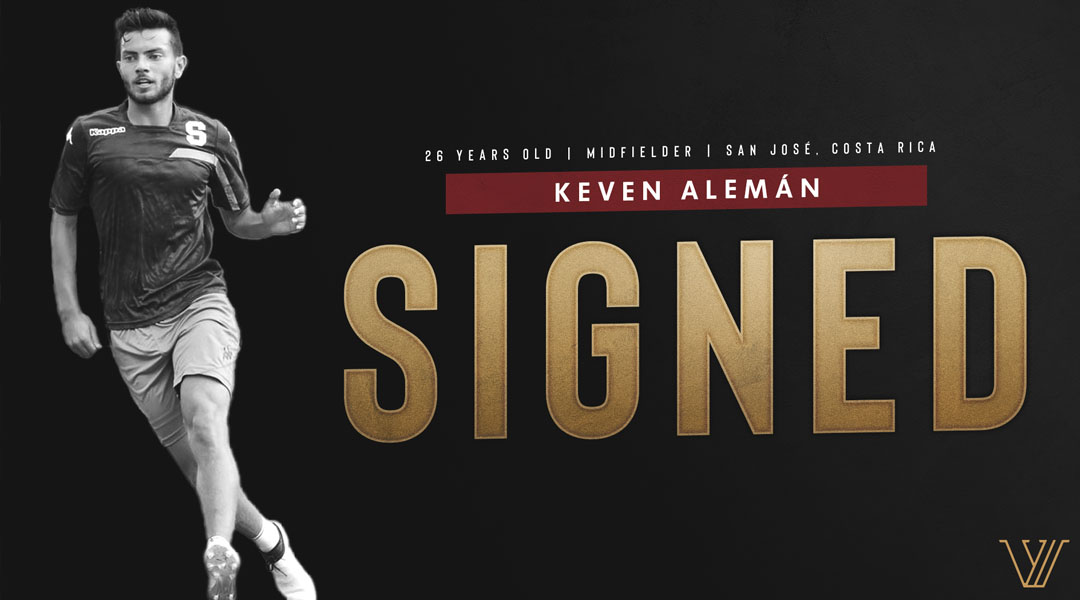 Keven Aleman will be suiting up for Winnipeg-based side Valour FC for the 2021 Canadian Premier League season.

Somewhat confusingly, the former Eddies attacking midfielder was just announced by Costa Rican top flight side Guadalupe FC this Tuesday, with Valour belatedly announcing that they had signed the player and the move overseas was, in fact, just a loan.

The Costa Rican season ends in May, which means Aleman will be able to make a smooth transition back to Canada where the Canadian Premier League is tentatively set to begin on the Victoria Day Long Weekend.

The left-footed midfielder has often been deployed as a creative number ten, though he also gives Gale the capability of playing him out on the wing, too.

Keven has a vast amount of experience in the CONCACAF region. He’s an exciting and dynamic number ten. Fans can get excited about his ability to unlock defenses with his creativity and goal-scoring threat.

Last year saw Aleman feature in all seven of FC Edmonton’s matches, scoring a goal against Atletico Ottawa and becoming a talking point after he shushed youngster Antony Caceres after he complained about not receiving a pass.

The former Sacramento Republic midfielder also has experience with Real Valladolid B in Spain and several stints in Costa Rica with Deportivo Saprissa, Herediano, and Belen (which eventually became Guadalupe FC).

The new Valour man mentioned that he was familiar with Rob Gale from his time on the Canadian U-17 team, and enjoyed catching up with him at The Island Games. After FC Edmonton declined his option, he reached out to Gale and the duo were able to make things work – something that the Valour gaffer revealed they’d tried to do for two previous seasons.

He’s a competitor, he’s gritty and he’s very technical with the ability to unlock defences with that final pass and he also has an ability to score goals, which he’s shown throughout his career. We’re thrilled to have him.

The club also announced the signing of Costa Rican international Nestor Monge earlier this week. With today’s news, Aleman becomes the fourteenth player to sign for the club ahead of the 2021 Canadian Premier League season.

This offseason has also seen a move in the opposite direction, with former Valour winger Fraser Aird signing for FC Edmonton on Christmas Eve.

Valour FC did not disclose the financial terms of his contract. According to Canucks Abroad contributor Brandon Que, he arrives on a one year deal with an option for 2022.