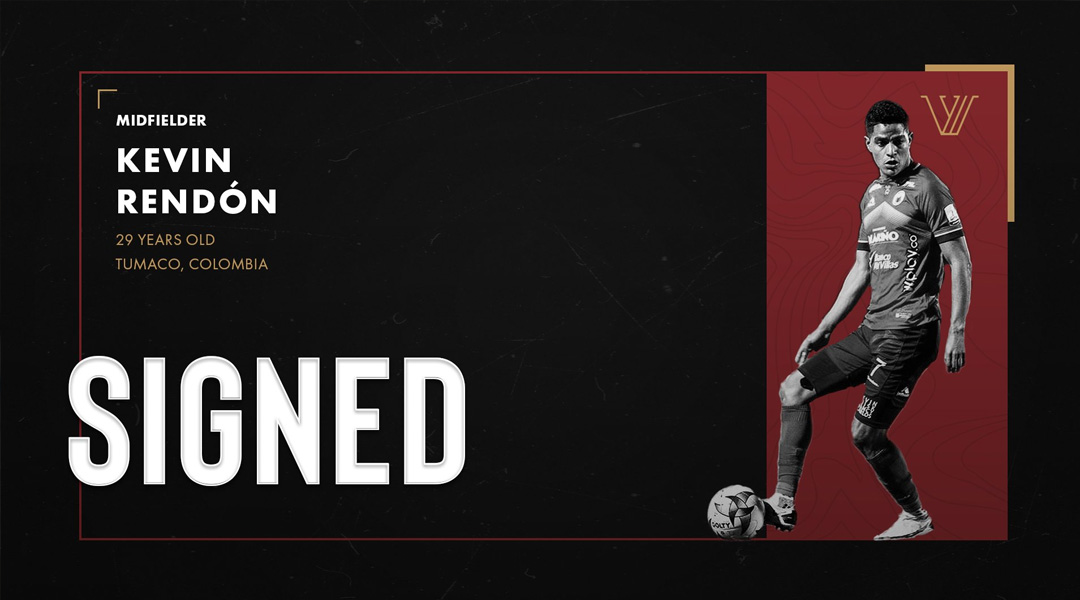 The long-teased international signing from Canadian Premier League side Valour FC has been revealed to be Kevin Rendon.

The 29-year-old midfielder arrives to Winnipeg after having most recently played with Colombian top flight side Deportivo Pasto, for whom he contributed four goals and one assist through 23 appearances last season.

All-told, he looks like a signing who might prove to be an astute goalscoring centre midfielder for a team that is already outscoring the seven other CPL sides.

Having made 105 appearances in the Colombian top flight overall, he arrives to Winnipeg as an international signing with plenty of high-level experience. Much like last year’s Brazilian addition Rafael Galhardo, he’s been touted by the club as potentially one of the best in the league.

“He brings quality in the offensive half, has a good final pass, good delivery on set plays and has good size to him, so we’re very happy to have him,” stated head coach Phillip Dos Santos.

Rendon rose through the ranks with Deportivo Pasto at the youth level, captaining the U-20 squad in 2011 during a year that saw him make nine top flight appearances, too.

Like his father, the Tumaco-born midfielder has played for both Deportivo Pasto and Millonarios, later joining Patriotas Boyaca and Leoney FC before returning to his boyhood club.

With nearly 6,000 minutes of Colombian top flight action to his name, it’ll be interesting to see how Rendon performs at the CPL level. He is expected to land in Winnipeg next week.

The length and financial details of his contract were not disclosed by Valour FC, who currently rest in a playoff spot after seven games played.