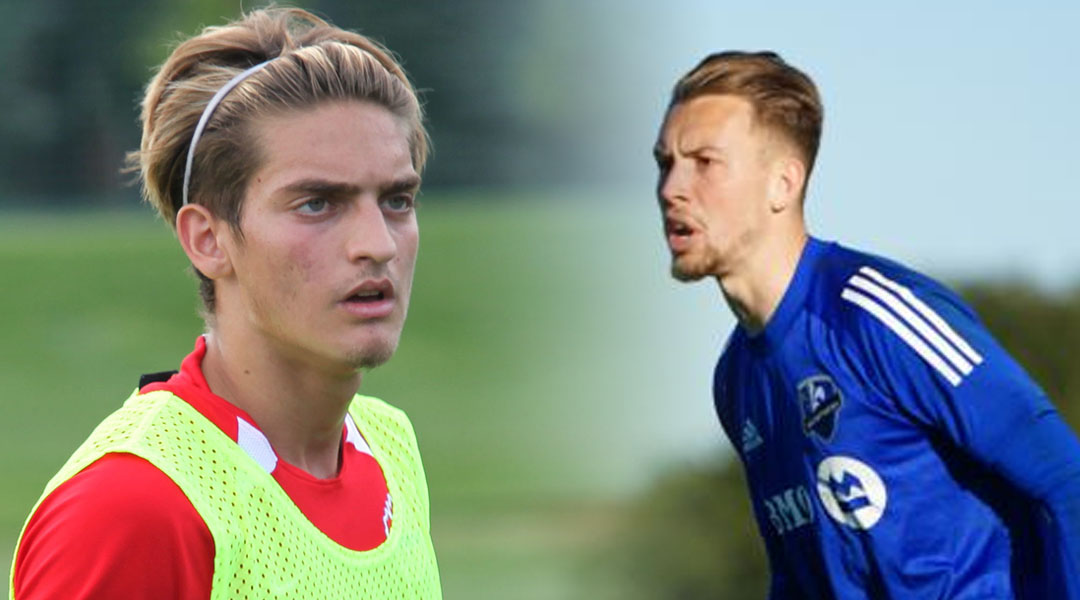 Canadian Premier League side Valour FC are bringing in CF Montreal youngsters Sean Rea and Jonathan Sirois on loan for the upcoming season.

The signings had been mentioned by Montreal-based media yesterday, with the Winnipeg-based side moving quickly to officially confirm them.

Sean Rea has been a longtime member of CF Montreal’s academy system, which helped him vault into the youth national team setup to earn two caps for Canada at the 2019 FIFA Under-17 World Cup. The 18-year-old from Laval has been training with the first team, being described as a player with good dribbling ability and a solid eye for the last pass.

Sean is a terrific signing for us. A young Canadian international, Rea has done exceptionally well with the MLS first-team in Montreal. We think the CPL will be the perfect showcase for him and his attacking and technical ability.

Goalkeeper Jonathan Sirois joins Valour as competition for Matt Silva, with U-SPORTS youngster Yuba-Rayane Yesli potentially coming in as a third option for the side. Sirois had spent the last six years with CF Montreal, rising through the academy level and the U-23 squad before inking his first team contract last year.

Jonathan is a mature individual and feels he can come in and be a leader. He has a presence and is not afraid to communicate that to his teammates. We’re expecting him to come in and fit right away with the culture we have in the dressing room.

Based on comments made by CF Montreal Sporting Director Olivier Renard, it appears that the MLS side expects Jonathan Sirois to be in the number one spot for the upcoming year, which would leave Silva as a number two for the third year running.

As we did with other young homegrown players in our Club like Giraldo, Yao or Ferdinand, these loans give them the possibility to play more minutes. Sirois will have the opportunity to play every weekend, which would not have been possible here. It’s a great opportunity for this goalkeeper, who isn’t even 20 yet, to gain experience, like James did when he was loaned to this club last season.

The duo will join Valour FC for preseason camp, the details of which have yet to be publicly announced pending approval from league and health officials. Valour FC has retained most of its core roster from The Island Games, bringing in three new signings and three loans (with Jared Ulloa coming in from Sporting Cristal) ahead of the 2021 CPL season so far.

Valour FC has now signed 18 of 23 possible players, with its last international spot set to go to veteran midfielder Jose Galan, who recently returned to the city. Gale had mentioned that the club was working to bring in a key defender, with former loanee Julian Dunn having curiously been listed as a Valour FC defender by Canada Soccer somewhat recently – though it remains to be seen who the last roster spots will officially go to.

With Dunn and Pantemis having impressed for Valour last year, the Winnipeg-based club has a fine track record with loan signings from the MLS. With CF Montreal having now loaned five players to the CPL, it is believed to have hit the maximum allowed by CPL headquarters.

It is unknown if CF Montreal has retained the right to recall the duo from loan.