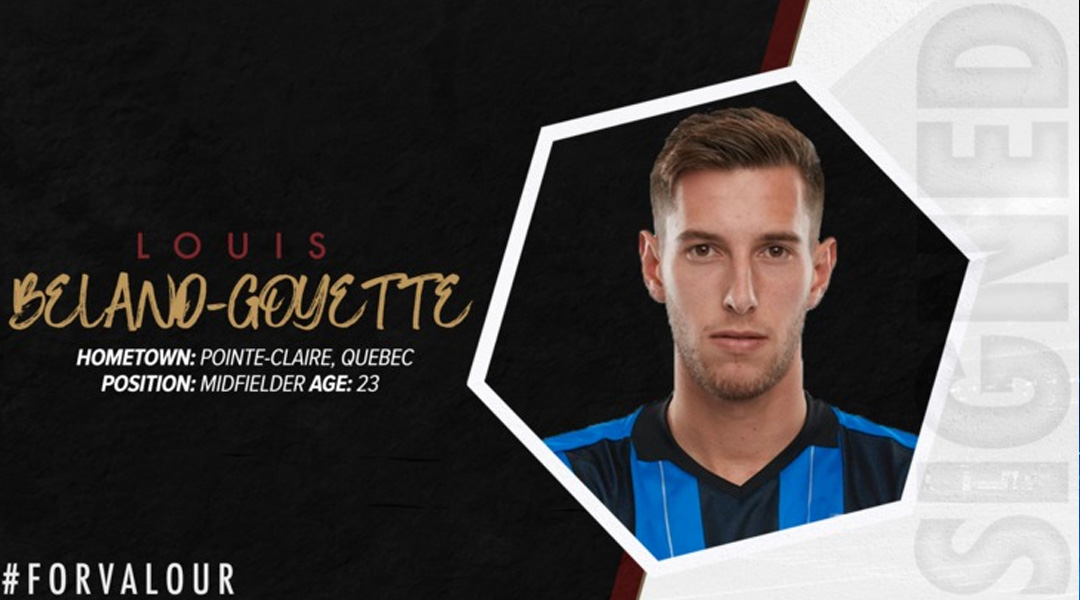 Winnipeg-based CPL side Valour FC have confirmed the signing of 23-year-old Canadian midfielder Louis Béland-Goyette on a one-year deal.

We indicated earlier this week that he was one of the most likely CPL signings, as he was already on trial with the club and had found the back of the net during this period. He evidently continued to impress, as he’s got a brand new contract to show for his efforts.

Béland-Goyette rose through the academy ranks at the Montreal Impact, making appearances for the U18, U21, and U23 sides. He was then loaned to the club’s USL affiliate, FC Montreal, where he made 41 appearances before returning to the Impact and making his first team debut last year. He would go on to make 11 appearances for the MLS side, but picked up an injury that may have persuaded the club not to exercise his contract option in November.

Louis is another fantastic signing for us and similarly to Petrasso, he is every bit an MLS-level player but with a little bit of bad luck, and without the poor timing of an injury, he’d still be there. He’s a great ball-playing midfielder, a terrific character and we are over the moon to have him join us.

Between the aforementioned Michael Petrasso and Louis Béland-Goyette, Valour FC have picked up a solid midfield duo with Major League Soccer experience. They both trained together at the Impact, so it’ll be interesting to see if their pre-existing knowledge of eachother can ‘impact’ a strong start to the season.

Had Alex Bunbury’s prospective Laval CPL team been ready for this season, one can imagine a Quebec-based team would have been able to snap up the pair fairly easily. With Louis being on a one-year contract, however, a return to Quebec may just be on the cards in the future.

Financial details behind the one-year deal were not released by Valour FC.