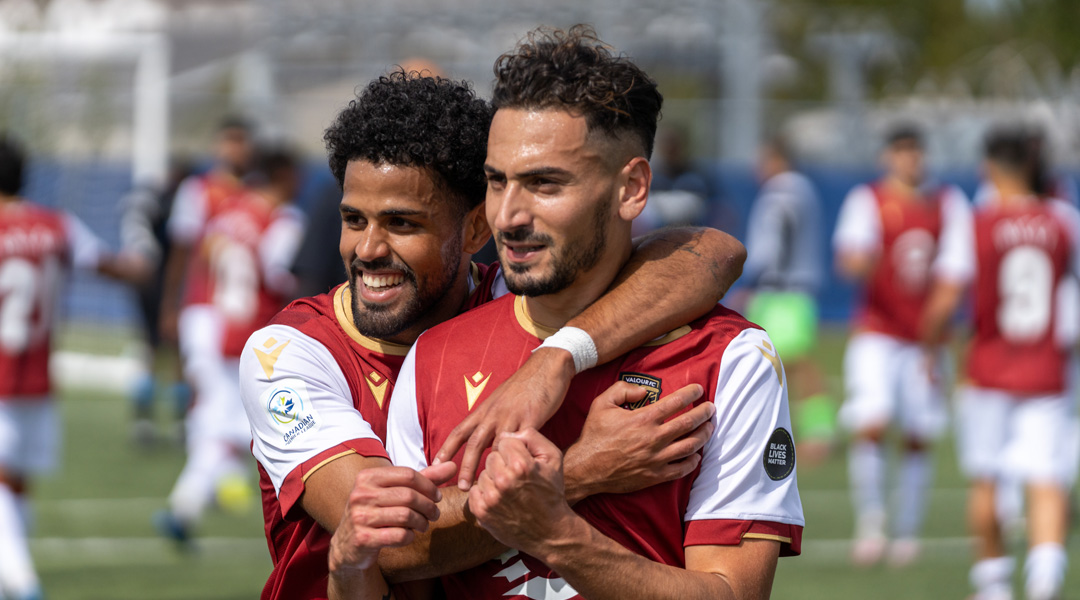 The former Saint Louis FC man had a good season under Rob Gale, featuring in six of the side’s seven matches at The Island Games and scoring an absolute rocket against FC Edmonton.

He becomes the second Valour FC player to re-sign for the club after Andrew Jean-Baptiste. Both players were new arrivals for a side which put forth a markedly improved campaign compared to the side’s inaugural season.

There was some interest from other clubs, but why would I leave a team where I feel good with the players and the coaching staff? I’m telling you this from experience. Sometimes leaving a club because you think it is better elsewher. It’s just not always the way. For me there was no doubt I had to come back next year.

The Algeria-born midfielder – who is a Canadian citizen and spent time with the Montreal Impact Academy – stated that he’s hoping to be able to play at IG Field next year in front of Valour FC fans in the trench.

If Valour FC continues their impressive rise in form, it’ll be a sight to see for live spectators: The Island Games saw the side look more threatening, put forth tighter defensive performances, and lead the league in terms of youth minutes, too. The club remained in postseason contention until the final game of the regular season.

Head Coach Rob Gale says he expects many of the club’s core players to return next year, and that’s something Kacher echoes as a hope of his own, too. Fan-favourite Jose Galan has made it clear that he intends to return in March, so it’ll be interesting to see who else re-signs with the Winnipeg-based side for 2021 and beyond.

Valour FC did not disclose the financial compensation or length of Kacher’s contract.