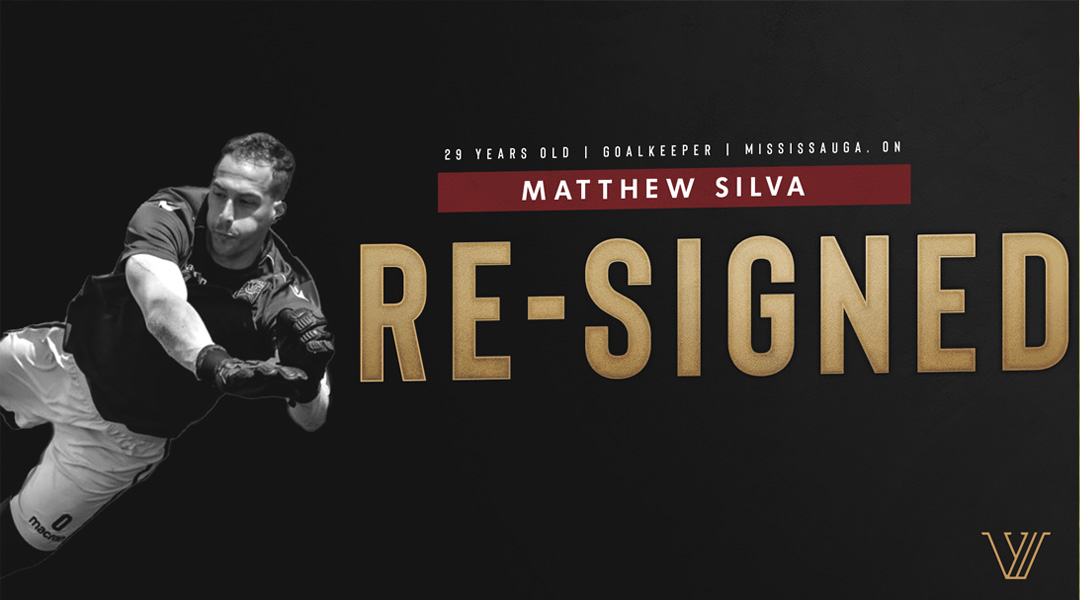 Canadian Premier League side Valour FC has re-signed goalkeeper Matt Silva ahead of the 2021 CPL season. In doing so, the 29-year-old becomes the first goalkeeper to have ever been re-signed by the club.

The former York United goalkeeper first arrived to the club ahead of The Island Games last year after having only played one match for the Nine Stripes throughout the inaugural CPL season.

Donning the number zero with Valour, the shortened bubble tournament format saw the six-foot-one goalkeeper stay on the sidelines as James Pantemis completed an iron man season on loan from CF Montreal.

After two seasons spent largely riding the bench, the Mississauga-born goalkeeper is hungry to break through and show what he can do at the CPL level:

Two years of not playing definitely makes you hungry, hungrier than you thought you were. The goal is to get out of the number two role. It’s been new for me and, obviously, I don’t enjoy it. Everyone wants to play.

While Silva is the only goalkeeper officially on the club roster for the moment, Valour FC head coach Rob Gale will be bringing in competition for him in due time. He states that the club is still in discussions with other goalkeepers that can vye for the number one spot, with CPL-U SPORTS Draft pick Yuba-Rayane Yesli – who stands at six-foot-seven – set to come in as an option as well.

There’s a few very talented potential number one goalies still not committed that we’re talking to as well, but we wanted to make sure we had one number one in, and we do now with Matt. We trust him and love his character. We’re keeping our options open, but we’re likely to bring in one more and have a look at them in camp and have Rayene as the U SPORTS option.

Before returning to Canada to participate in the launch of the Canadian Premier League, Silva spent several years overseas in the Swedish lower divisions playing for Bodens BK and Osterlens FF, after having spent a year in the Philippines with Kaya FC-Iloilo following his time in Toronto.

Silva says that a lot went into his decision to return to Valour FC, stating that he wanted to go to a club where he was already familiar with the players, coaching staff, and the city, believing it will give him an edge going into the 2021 CPL season.

We’re delighted to have Matt return. Last year, Matt proved he was a key component behind-the-scenes with his daily work, determination and leadership on and off the field

The goalkeeper spent his offseason back in Vancouver, training with the Simon Fraser University goalkeeper coach and the national women’s team strength coach and conditioning coach.

Valour FC has now signed 16 players for the 2021 CPL season, twelve of whom are returning from The Island Games. The Winnipeg-based club has also brought in Ronny Maza, Nestor Monge, and Keven Aleman, with Jared Ulloa arriving on loan and Jose Galan expected to fill the last international slot following his time in Spain.

The length and financial terms of Silva’s contract with Valour FC were not disclosed by the club.