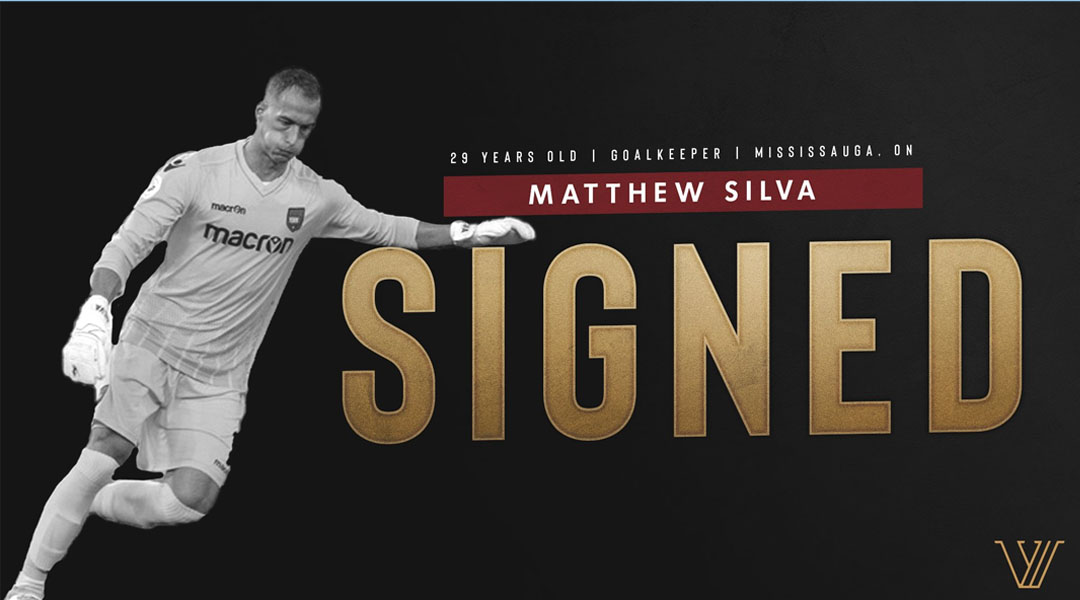 As we reported over the weekend, Winnipeg-based Canadian Premier League side Valour FC has signed goalkeeper Matt Silva to a contract of undisclosed length.

The 29-year-old goalkeeper had signed with York9 FC last year with the expectation of being the club’s starting goalkeeper, but the arrival of Nathan Ingham late in preseason saw Silva reprise a backup role instead. He ultimately made only one appearance for the Nine Stripes last year, parting ways with the club in an effort to find more game time.

In an official club release from Valour FC, Silva revealed that his goal for 2020 centers around proving his worth at the CPL level and, despite the competition from on-loan Impact goalkeeper James Pantemis, getting more professional games under his belt than he did last year:

This offseason saw Valour FC undergo of a massive defensive roster shake-up. Goalkeepers Mathias Janssens, Tyson Farago, and Svyatik Artemenko have all parted ways with the club, with Gale then securing the services of James Pantemis from the Montreal Impact back in March.


Prior to Silva’s return to Canada last year, he spent a few years abroad in both the Philippines and Sweden, accruing over 68 appearances in the Swedish second division during that time. Before that he spent time with CSL sides North York Astros and SC Toronto, along with former PDL side Toronto Lynx.

Silva will now find himself slotted behind a new defensive roster featuring internationals like Arnold Bouka Moutou, Amir Soto, and Andrew Jean-Baptiste too. The Mississauga-born goalkeeper tells fans he’ll be bringing the noise from his spot between the sticks:

I like to be loud, I guess it brings my emotion into the game, it brings my passion into the game and I like to try and put that onto my other teammates to bring the best out of them. A bit of aggression, but it’s basically out of passion for the game and for winning and honestly for care of the other players. My mentality is thinking of them first and hoping that together collectively we can all do our part and win games and ultimately make the club happy, the coaching staff happy, the fans happy, everyone happy. A little bit of all of that.

Valour FC did not disclosed the financial terms or length of Matt Silva’s contract.

Rob Gale is expected to reveal a handful of more domestic signings in the near future, one of which may be former York9 FC forward Austin Ricci. The club recently returned to training as the Canadian Premier League prepares to undergo a shortened 2020 CPL season that will likely be hosted by a single province.