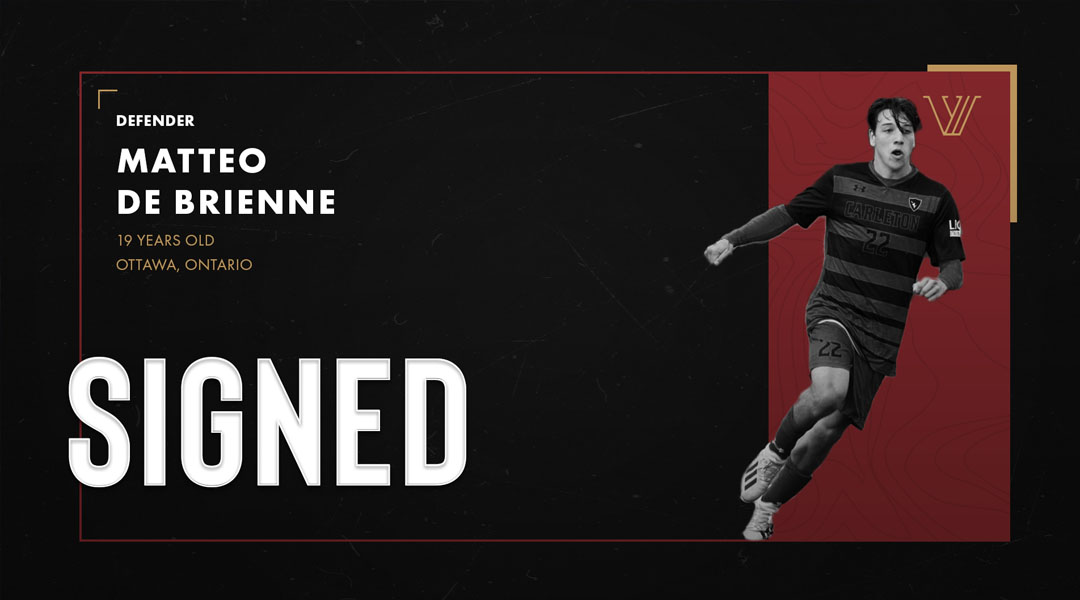 The Winnipeg-based side is keen to take a chance on the 19-year-old former Atletico Ottawa winger, who has proven to be a prolific performer through his young career so far.

We’d named him as one of the top five athletes who deserves a new opportunity in the league, and now he’s set to get it.

Interestingly, the club described him as both a left-back and a midfielder, which could mean the club envisions a development path similar to that of Diyaeddine Abzi for the youngster.

Last season saw Matteo put forth a head-turning U SPORTS campaign with Carleton Ravens, with the left winger contributing eight goals and four assists across a rookie campaign that saw him cement himself as a draft favourite – though he got scooped up before draft even took place.

“This year I think could be a jumpstart for my career,” he told Ed Tait. “I’m a person who works hard day in, day out and with this opportunity ahead of players with great quality players around me this will push me to be a better player and a better person.”

We had confirmed that Matteo had landed a CPL contract earlier this morning, and have now learned that Matteo had been invited to train with Valour FC during his stint with FC Manitoba over the summer. The youngster impressed the technical staff ahead of his rookie season with the Carleton Ravens, and while Valour went through a head coach change while he was away, the interest remained.

I bring a lot of energy and a lot of character. I’m very determined to win games. I’m not someone who is there just to have a laugh and a giggle. I’m there to push myself and the people around me. I know nothing is guaranteed and I like that. I love fighting for an opportunity, fighting for a spot.

Matteo was expected to go as one of the top choices in the 2022 CPL-U SPORTS Draft before Valour moved swiftly to offer him a professional deal. After a short chat with Phillip Dos Santos, the 19-year-old has now secured his return to the CPL under new colours.

The youngster has already seen a lot in his career: following his release from Atletico Ottawa after The Island Games, the Whitecaps youth product went on trial with a club in the Dominican Republic, but returned to Canada after the interested side fell through on promised conditions.

The following season saw him begin close to home in the PLSQ with Ottawa South United and then sign with FC Manitoba before undergoing his rookie season with the Carleton Ravens. His stint in university raised his profile ahead of the 2022 CPL-U SPORTS Draft, with the youngster winning the OUA East Rookie Of The Year award after a prolific campaign.

He becomes the ninth confirmed Valour signing, and the second brand new one behind Chilean forward Walter Ponce.

Matteo arrives to IG Field on a one-year deal with a club option for a further season. The financial details of his contract were not disclosed by Valour FC.