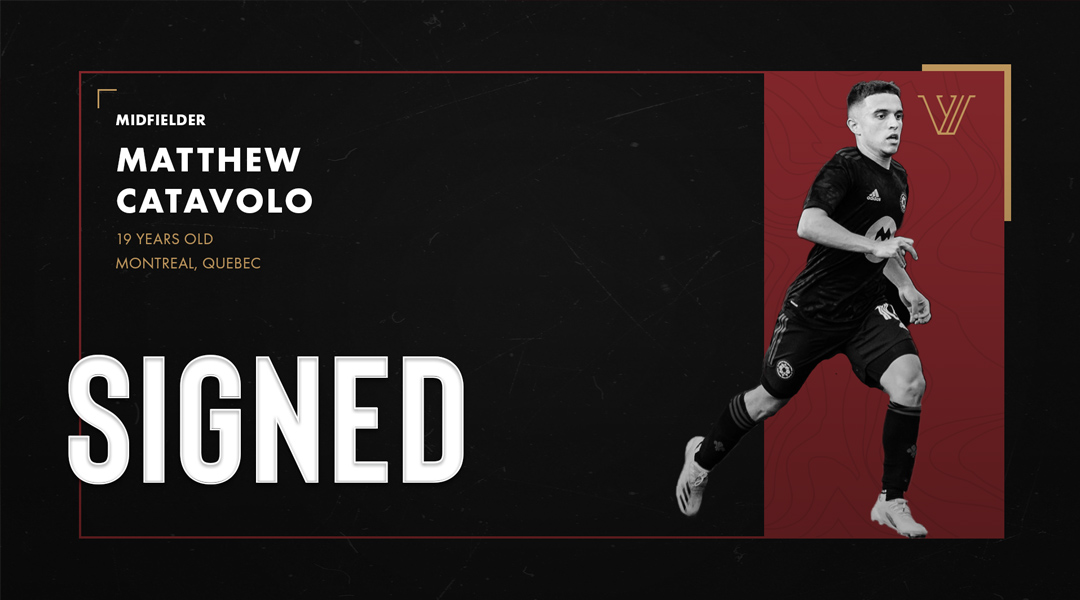 The 19-year-old attacking midfielder arrives to Valour FC as a youth prospect with a high ceiling, becoming the second CF Montreal U-23 player to join the league today.

He was part of the Canada U-17 national team setup for both the FIFA U-17 World Cup and Concacaf U-17 Championship in 2019, making eight appearances for Les Rouges at the youth level.

Having last plied his trade for CF Montreal at the U-23 level, Valour head coach Phillip Dos Santos describes the youngster as someone with plenty of quality on the ball who has a well-developed tactical mindset for an athlete of his age.

“He has a great upbringing through the academy level with CF Montreal, and we feel he has huge upside and lots of potential to grow,” said the gaffer regarding Catavolo’s multi-year deal.

The Winnipeg-based side began its preseason camp earlier this week, where there are plenty of other young faces alongside Catavolo – and a few trialists, too. The side will continue training in Winnipeg before undergoing a short trip to Victoria ahead of the 2022 CPL season.

Last week saw the club look to Quebec to sign Alessandro Riggi, who spent the last two seasons with Halifax. Dos Santos has several ties with players who developed in La Belle province.

While it remains to be seen how the number ten performs, he arrives as an interesting prospect who will be given time to grow. He’ll also count towards the club’s required allotment of domestic U-21 minutes, too.

The length and financial details of Catavolo’s contract with Valour FC were not disclosed by the club.