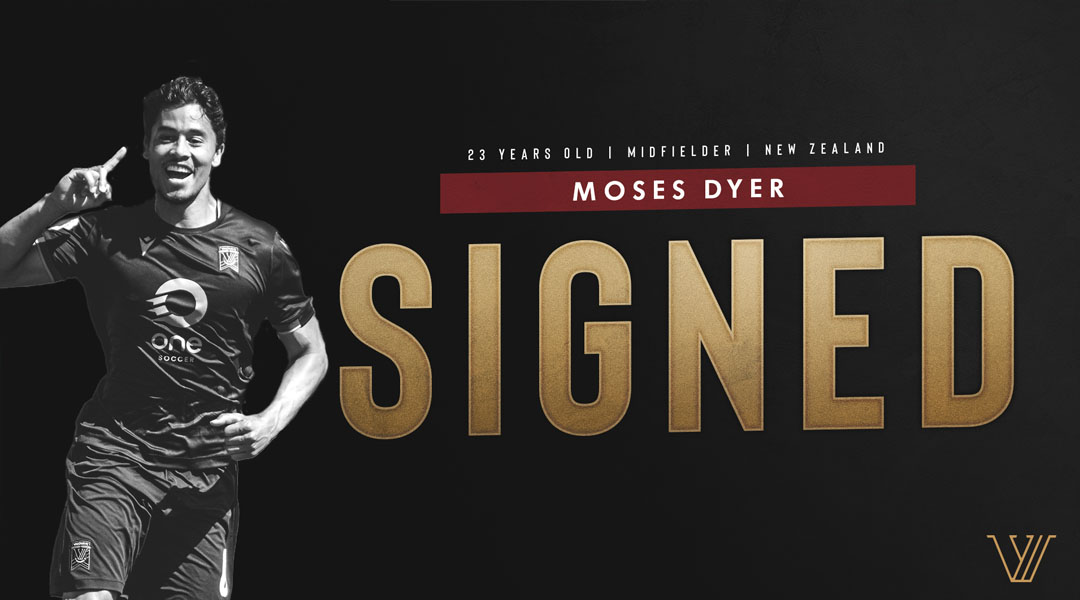 The 23-year-old midfielder first signed with the club this February, with his Island Games campaign seeing him make six appearances and contribute one goal against eventual season winners Forge FC.

Having been scouted by 21st Club, the New Zealand international has left Gale impressed by his contributions in the shortened bubble tournament, which evidently sets the expectations high for what will hopefully be a full length campaign next year:

Dyer showed a lot of potential on a daily basis in training as he adapted to a new country and new environment. He’s versatile, physically strong and showed he can be an attacking threat as he settled into The Island Games. We’re delighted to have him back and I think there’s a lot more to come from him in a full season in 2021.

The versatility of Moses gives Gale ample options: he can play both centrally or on either wing, and his Island Games campaign showed that Gale wasn’t afraid to test him out in multiple positions.

Prior to his time with the Winnipeg-based side, Dyer impressed in the Norwegian second tier with Floro SK, where he scored an impressive eight goals and contributed three assists. Before that he made his debut for New Zealand club Wanderers SC in 2014, then went on to play for Eastern Suburbs and Northcote City before heading to Norway.

He also impressed with the New Zealand U-20 squad at the FIFA U-20 World Cup five years ago, eventually captaining the youth side. He’s broken in to the senior level too, earning eleven caps for the All Whites so far.

We only had seven games and when it finished it felt like it was just getting started. That’s why I decided straightaway I wanted to come back. The group of boys were top notch, I felt comfortable and was enjoying it and then, just like that, it finished. I didn’t think about anything else, any other options. Straightaway I knew I wanted to come back.

The club also has a verbal agreement with veteran Spanish midfielder Jose Galan for him to return next season. After what can only be described as a disappointing inaugural campaign, Dyer and the other re-signed players came together to show remarkable improvement for the Winnipeg-based side at The Island Games, and Gale will be hoping to build on that momentum.

Valour FC did not disclose the financial details regarding Dyer’s contract with the club.