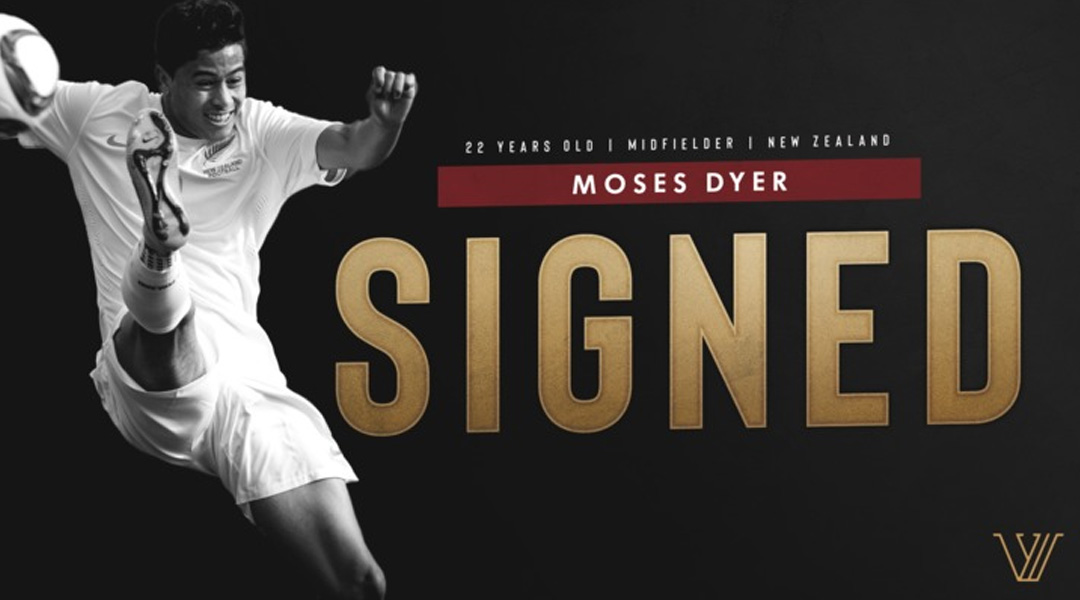 The 22-year-old midfielder arrives after being scouted by 21st Club. Dyer spent the 2019 season plying his trade with Norwegian second division side Floro SK, where he scored an impressive eight goals and contributed three assists.

Moses is a great addition to our attacking lineup for the upcoming season. As a senior international player he is vastly experienced for his age. He can play in any of the front four positions. He is a robust number 10-style player that dribbles at opponents and makes things happen but can also handle himself physically with equal measure.

The fact that Dyer can play centrally or on either wing brings options for Gale, who also brought in utility man Daryl Fordyce earlier this offseason. Valour FC struggled with replacing injured players last season, so having players capable of playing in multiple positions will be seen as a large positive ahead of the club’s 2020 campaign.

Rob Gale also stated that the departure of Marco Bustos to Pacific FC meant the club needed another midfielder who wasn’t afraid to dribble past opponents, and that’s exactly what Moses Dyer is ready to do.


While the club struggled with locker room issues last year, Rob Gale has set himself to task instigating a roster rebuild that features experience and level heads. To that end, Dyer’s first impressions with the direction of the club – and the high quality of life in Canada as a whole – were what convinced him to sign on with the Winnipeg-based side:

I know it’s only the second year for the league , but I’ve done enough research and know enough people that know about it. They all say positive things, that it’s growing and it’s a good time to be in the CPL. The level of professionalism at Valour and in Canada looks very high and so that excites me. It looks amazing.

The 22-year-old represented New Zealand at the FIFA U-20 World Cup, going on to make eleven appearances for the senior side. His sole international goal came as the game-winner in a match against India at the 2018 Intercontinental Cup.

Prior to his time in Norway, Dyer made his debut for New Zealand side Wanderers SC in 2014, going on to play for Eastern Suburbs and Northcote City prior to his jump to Floro SK.


There are plenty of new midfield additions arriving alongside Dyer at Valour FC, including the likes of former Rangers man Fraser Aird, the aforementioned Daryl Fordyce, Ghanaian winger Solomon Kojo Antwi, and versatile former Vancouver Whitecaps midfielder Brett Levis, who can also be deployed in defense.

Dyer is the club’s fourth international signing that has been confirmed for the 2020 season. Valour FC has remained quiet on the futures of Mathias Janssens (Belgium), Jose Galan (Spain), and Michele Paolucci (Italy), though the latter two had both arrived on multi-year contracts last season.

The financial compensation due to Dyer was not disclosed by Valour FC.