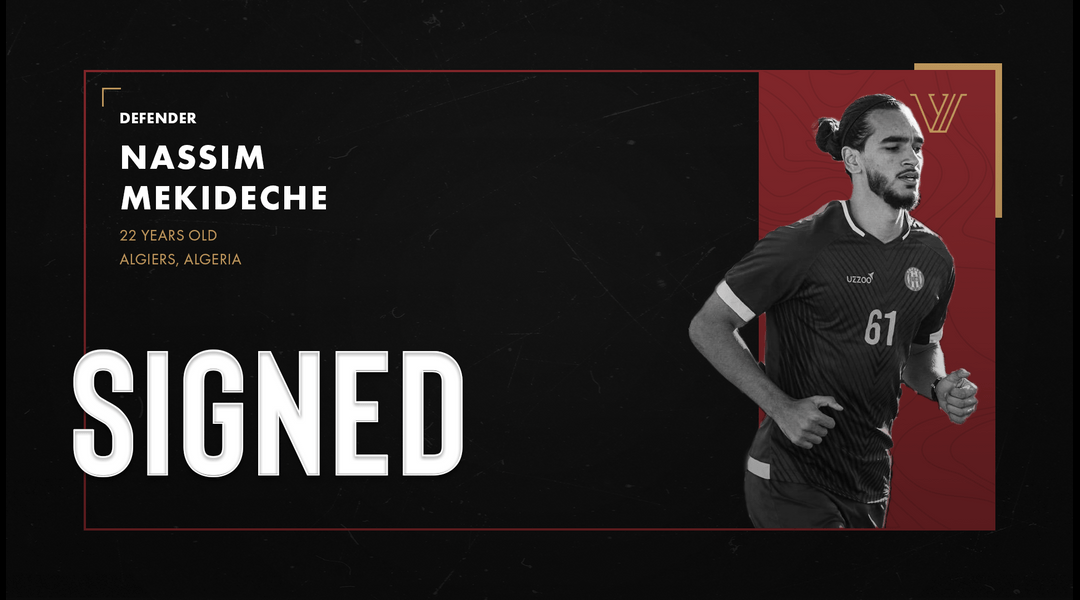 Canadian Premier League side Valour FC has added Canadian-Algerian defender Nassim Mekideche to the club’s roster ahead of this weekend’s home game against Halifax.

The 22-year-old centre-back arrives having most recently played in the Tunisian first division with CS Hammam-Lif.

The defender made four appearances at the tail end of 2021, but has not been part of the squad in the time since.

According to Valour FC head coach Phillip Dos Santos, he represents a high-ceiling addition for the Winnipeg-based team, but it a long-term prospect.

“Nassim has a huge margin to progress,” said Dos Santos. “We think he has the potential to be one of the best centre-backs in this league in the future. He’s strong on the ball, understands the position, reads the game well and has a lot of ambition.”

Born in Algergia, Mekideche earned his professional contract with Algerian side JS Kabylie, signing a three-year contract back in 2018.

At six-foot-two, he represents another imposing figure in a back-line that already features a hefty physical presence through the likes of Rocco Romeo and Andrew Jean-Baptiste.

Valour FC currently sits sixth in league standings, but find itself on a run of good form following back-to-back wins against York United and Forge FC.

Valour FC did not disclose the length or financial details of Nassim’s contract.

Mekideche becomes the twenty-third athlete to join the roster this season, though that number is expected to go down in the near future.