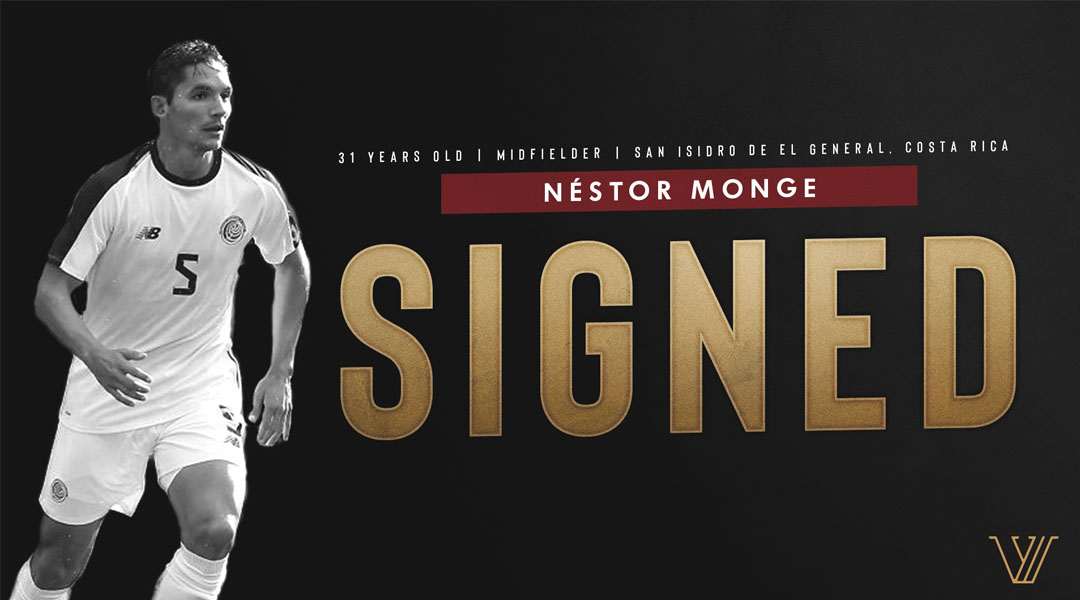 The veteran defensive midfielder has made 343 professional appearances in a career that has mostly taken place in the Costan Rican top flight, although he has had stints in Liga MX and the Guatemalan Liga Nacional as well.

Nestor has also made six caps for the Costa Rican national team, mostly recently appearing against the United States in February 2019. This week, Valour youngster Federico Pena also featured against the US for his debut with Trinidad and Tobago.

Nestor Monge is a technically superior player and will connect the game for us. To bring in a player of his caliber and experience with over 300 games in Costa Rica’s top league, he’s at a terrific age to maximize his ability and experience with us and aid the development of others.

The club made a similiar move last year when it secured the services of Arnold Bouka Moutou, who arrived from Ligue1 and recently re-signed with the club after an unfortunate early injury stymied his impact at The Island Games.

To continue that comparison, Gale says Nestor arrives with even more experience in his back pocket:

It’s like us bringing in Andrew Jean-Baptiste or Arnold. This guy actually has more experience than those two. The way he plays the game, the quality of football he brings, his composure, his calmness, not only is he going to make an immediate impact into our vision of the game and our style of play, he’s going to be vital to the development of your Raph Ohins and some of the other younger lads we have around.

Nestor joined Costa Rican top flight side ADR Jicaral for a short stint last month, making five appearances that saw the side go without a defeat. Prior to that, he spent 2020 with AD Municipal Perez Zeledon, where he made thirteen appearances and contributed two assists.

The 31-year-old won the 2015-2016 Costa Rica Invierno Tournament with Deportivo Saprisso, with Nestor also seeing Concacaf Champions League action with the side that same year. He also lifted the Costa Rican Cup with CS Cartagines in the year prior. All-told, he brings in a lot of experience that should rub off on younger domestic athletes like the aforementioned Raphael Ohin.

The Costa Rican international becomes the thirteenth player to sign on for Valour FC’s 2021 season and the sixth international, which just leaves one last international roster spot for the assumed return of Spanish veteran Jose Galan.

Last week the club announced the loan signing of young Canadian-Peruvian winger Jared Ulloa from Sporting Cristal, with Gale hinting that six-foot-seven goalkeeper Yuba-Rayane Yesli can certainly contest for a roster spot following his selection in the CPL-U SPORTS Draft.

Valour FC did not disclose the financial compensation or length of Nestor’s contract.