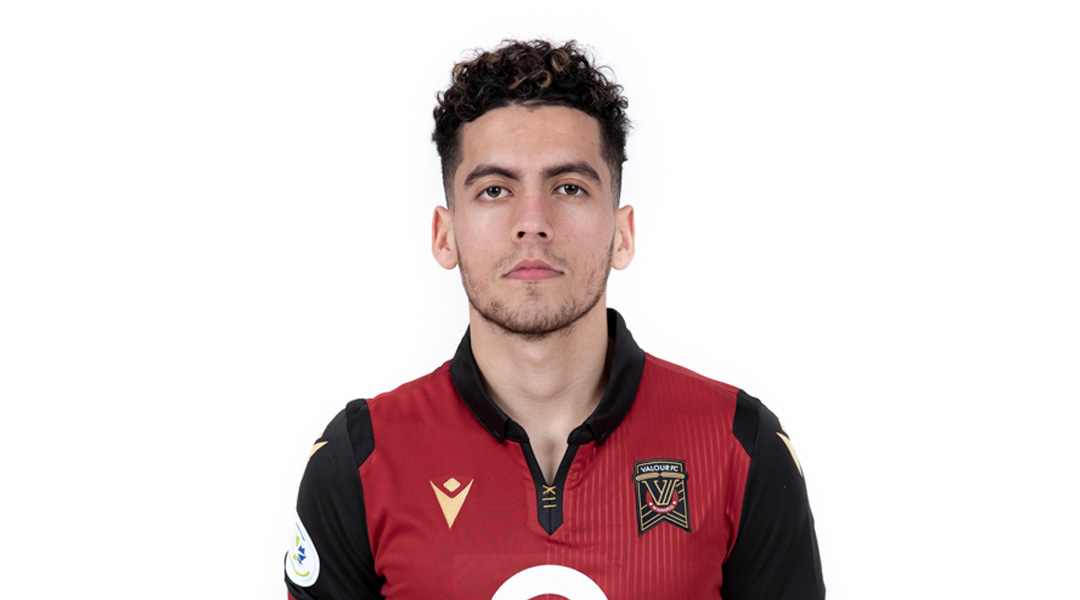 22-year-old Valour FC midfielder Nicolas Galvis has his sights set on making the Canadian U-23 Olympic Qualifying Team next March.

Born in Bogata, the young Colombia-born midfielder came to Canada at the age of seven, where he then spent the majority of his youth career playing matches in St. Catherine’s and Oakville. Then, he did what many young domestic players do: he went overseas to try to break into the professional game.


Like Toronto FC’s Jonathan Osorio, Galvis found himself continuing his youth career in Uruguay, albeit for a different club than the Brampton-born MLS regular. Here’s what he had to say about his experience in an interview with Thomas Nef for the World Football Index:

It was my second time leaving the country to go to chase my dream. You really needed to get out of Canada to become a pro, especially living so far from Toronto. One big lesson I took away from this is that talent isn’t enough, you need to be determined and very disciplined to get to the next level, and even through hard times you still need to show why you are there. Never give up

After returning home and continuing to play in the Ontario circuit – and eventually for the Niagara University team – a Canadian connection allowed Galvis to hop back to Uruguay to play for second division side Canadian SC. He spent the year after that with Colombian side Deportivo Pereira before the inaugural Canadian Premier League campaign meant that the youngster could play the professional game back home.

He was signed to Valour FC alongside Colombian midfielder Nestor Navia, who parted ways with the club for personal reasons just days after joining. Galvis, however, would complete a full season with the Winnipeg-based side.


His season with Valour FC didn’t exactly go as he hoped: the club finished dead last in the spring season, with Galvis featuring in half of those games. Despite conceding a league-high 37 goals in the fall, the club was only five points shy of taking third from York9 FC, but had to settle for a fifth-place finish.

Galvis only featured in six of the fall season’s eighteen games, but didn’t complete a full ninety in any of them. Despite the setbacks – which included a league record 8-0 loss to Cavalry FC – Galvis has positive feelings on the historic season as a whole.

Canadian football has grown so much over the years and this league is taking it to whole other level. It’s a blessing to be part of this league and it’s a memory and milestone that I’ll never forget.

It’s unclear if Galvis will remain a part of the league come 2020, as Valour FC has yet to officially announce any roster decisions. The league itself has seemed to confirm that Calum Ferguson has been released, but that was by necessity since he had already made his debut for Canterbury United over in New Zealand.

Sacramento is currently out on loan playing over in New Zealand as well, but the current expectation is that he’ll be back come 2020. Meanwhile, Michele Paolucci let drop that his current contract runs to December 2020.


With the 2020 CONCACAF Men’s Olympic Qualifying Championship not taking place till late March, Galvis has a long offseason to contend with. It’s a problem that head coach Rob Gale has lamented before: with players not getting competitive game time for so long, there’ll be some rust to shake off, which is likely why Dylan Sacramento is out on loan getting game time during the CPL offseason.

Whatever happens, 22-year-old Nicolas Galvis is hopeful that he can represent Les Rouges in international competition, and he’s not the only Canadian Premier League player with similar ambitions: FC Edmonton’s Marcus Velado-Tsegaye has talked about his Canada U-20 hopes, while the likes of Marco Carducci, Dominick Zator, and Amer Didic have all been called up to the senior national team after impressing at the CPL level.


Despite never making any level of the Canadian youth setup before, in 2017 Galvis came close to making his senior international debut when was called up by Octavio Zambrano ahead of a friendly against Curacao. He didn’t ultimately feature in the game, and despite making the provisional 40-man roster ahead of the 2017 Gold Cup he didn’t make the 23-man squad there, either. He does not appear to be a part of Herdman’s plans at the senior level.

With the senior team an unlikely prospect, Galvis is hopeful to make the Canada U-23 Olympic Qualifying team in the near future. Despite a tough inaugural season with Valour FC, he believes he deserves a spot on the Canada U-23 Olympic Team, stating that for the moment he’s keeping his head down and working hard to keep sharp and impress when and if the opportunity knocks.