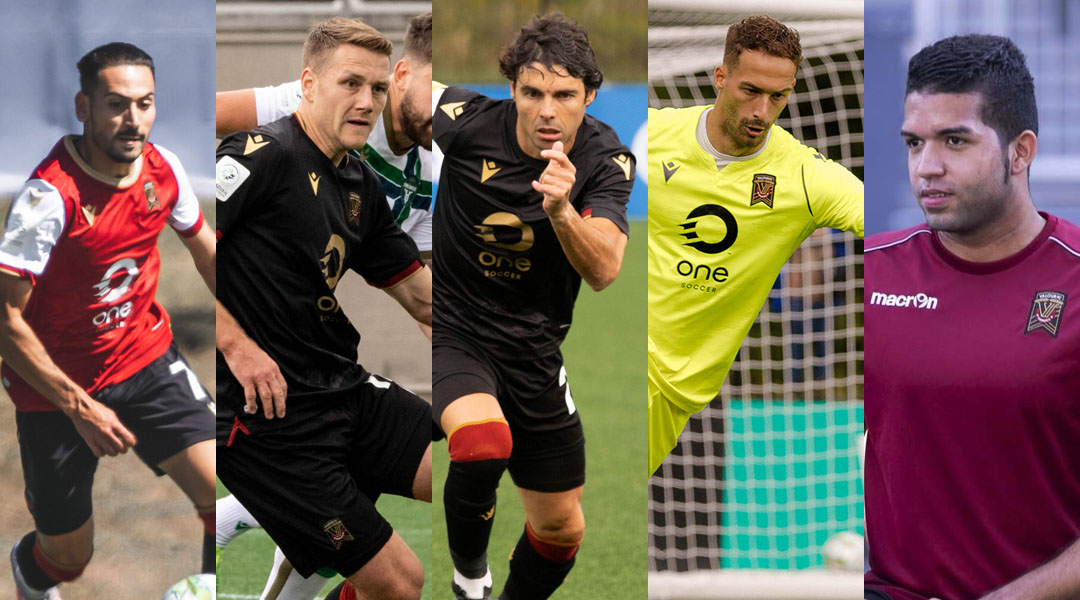 Canadian Premier League side Valour FC has confirmed that it has declined its club options on five athletes.

Today, the Winnipeg-based side has confirmed that it was moving on from goalkeeper Matt Silva, defender Amir Soto, and midfielders Brett Levis, Jose Galan, and Masta Kacher.

“We’d like to thank the players for their hard work, dedication, and commitment to the club during their time here,” said Valour head coach Phillip Dos Santos.

The exit of Spanish midfielder Jose Galan comes after the 35-year-old went public with his desire to stay, with the former Atletico Madrid product having even put in an express permanent residency order in order to not occupy an international slot. The third-year Valour FC midfielder had made thirty appearances for the club across all competitions, scoring a sole goal in 2020’s Island Games campaign:

Two-season midfielders Brett Levis and Masta Kacher also depart, making 22 and 18 appearances respectively. Levis found himself utilized all around the pitch during his time at IG Field, and had remained a starter when Phillip Dos Santos took over in September. Kacher, however, was out of the squad entirely following his arrival.

Panamanian centre-back Amir Soto had signed with the club in 2020, but saw his arrival delayed by a season due to the ongoing pandemic. He failed to make an impact at the CPL level, however, departing after just 286 minutes of game-time split between nice appearances, the last of which came in a 3-0 loss to FC Edmonton in September.

The last contract decline went to former York United goalkeeper Matt Silva, who signed with the club ahead of The Island Games but rode the bench all season. 2021 saw the thirty-year-old made six appearances across all competitions, conceding nine goals and recording a sole clean sheet against FC Edmonton.

The club also announced that it had declined its option on Keven Aleman, which was a bit of a moot point given that Atletico Ottawa had already signed the attacking midfielder earlier this week.

While Rafael Galhardo has also announced his departure from Valour FC, the club states that the door isn’t completely shut for a possible future deal. The same can be said for Austin Ricci and Arnold Bouka-Moutou, along with local youngster Caden Tomy.

In terms of potential inbound talent, the club remained hopeful that it might be able to take in 2021 CPL Golden Glove winner Jonathan Sirois on another year-long loan from CF Montreal, with Valour stating that it continues to hold extensive talks with the MLS side on the subject.

“We have a Plan B that is probably going to be on the table until the end of this week,” said Dos Santos in a press release at the end of the week, “it’s just how long do we want to wait to guarantee that we bring a guy like Joe back. We know that Joe means for this club, and we’re willing to take the risk of waiting.”

This morning saw the club announce the arrival of six-foot-seven goalkeeper Rayane Yesli, who the club had selected a year prior in the 2021 CPL U-SPORTS Draft. He impressed with AS Blainville after that, earning his chance to enter the pro circuit.

The club also announced the return of defender Tony Mikhael and the loan of Colombian midfielder Daniel Ascanio today, which brings the Valour roster up to fifteen players thus far.