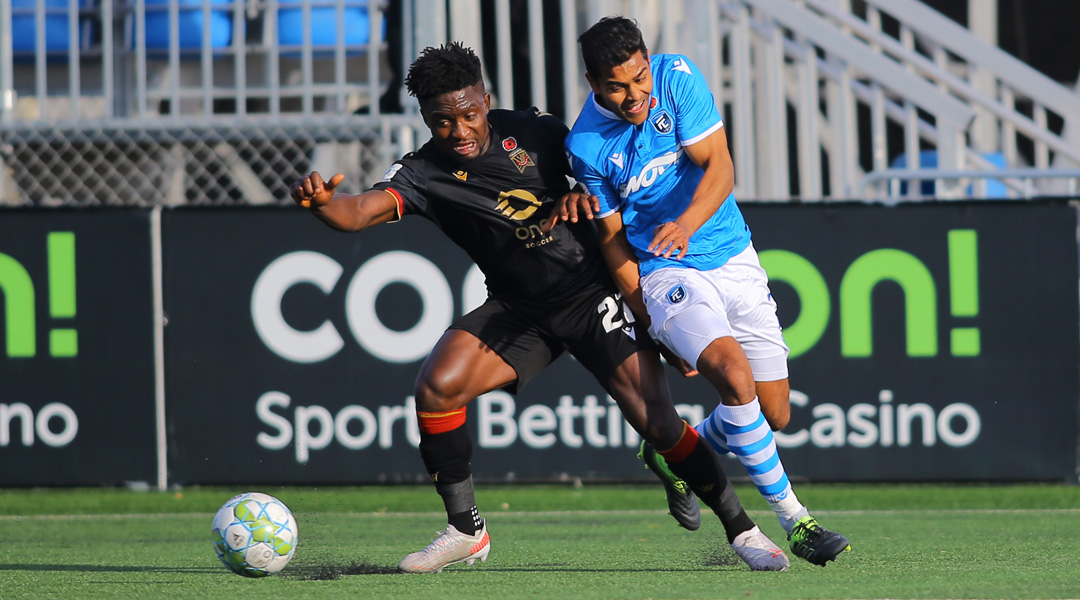 Eddies Hang On To Eliminate Valour From Playoff Contention

Valour’s dark horse race to the playoffs has now been put out to pasture, but they certainly fought to the last breath.

The Winnipeg-based side needed a win in its final match of the season to keep its playoff hopes alive, but were held back to a 3-3 draw against FC Edmonton that officially pulled the curtain down on their season. It all come down to a wild draw on the their final matchday, which is the exact same way its previous campaign came to a close.

Goals from Tobias Warschewski, Amer Didic, and Azriel Gonzalez saw the home side 3-0 up before a second half brace from Moses Dyer and a goal from Daryl Fordyce saw Valour seemingly en route to a most unlikely comeback. FC Edmonton held firm to maintain a 3-3 draw, and unfortunately for Valour, it was a must-win match for them at Clarke Stadium tonight.

The Manitoba side had been top of the table at the conclusion of the bubbled start to the season, but with the side plummeting down the league table afterwards the Valour board of directors made the bold decision to oust its inaugural coach Rob Gale in favour of first-timer header coach Phillip Dos Santos.

The former Whitecaps assistant coach reinvigorated a side that knew it had both the drive and potential to fight its way back into the top half, with the club turning its form around and securing some big results en route to what was, ultimately, a photo finish that was just a little too much against the odds.

With Valour having collected big wins against Forge, Halifax, and Cavalry with its final six matches, there’s no doubt that being ousted from the race by an FC Edmonton team that has been out of a playoff spot since the season’s third matchweek will sting – especially with the way the club rallied back in the second half.

Related: Expanded Playoffs Are A Clear Winner For CPL

If the club had finished level on points with Halifax and York United, it would have had the advantage through the league’s first tiebreaker, which is the total number of wins. With York United two points ahead now and Valour having just wrapped its season, however, it’s a moot point.

While fans will never know what could have been if club talisman Andrew Jean-Baptiste hadn’t picked up a season-ending injury, there core structure seems in place for Dos Santos to build upon: new additions like William Akio, Rafael Galhardo, and Andy Baquero have impressed, while club regulars like Rafael Ohin, Moses Dyer, and Austin Ricci (who had a breakout campaign prior to injury) really stepped up in a season that saw an MLS loanee goalkeeper impress yet again.

It’ll be interesting to see what Dos Santos can do given the opportunity to bring in his own players, but one thing is certain: Valour FC are expected to be a force to be reckoned with next season, and that’s an expectation that will either make or break the new head coach’s tenure with the side.

The result also sees already-eliminated FC Edmonton remain at the bottom of the table but now level on points with Atletico Ottawa, with Eddies Club President Eric Newendorp telling us that the side must see plenty of improvement come next season. The Eddies will close out their campaign at home to Forge FC on November 13.

The 2021 Canadian Premier League playoffs will take place from November 20-21, with the winners of both ‘semi-final’ matches progressing to the single leg final that will take place one week later. The final four teams are Pacific FC, Cavalry FC, Forge FC, and either the Halifax Wanderers or York United.