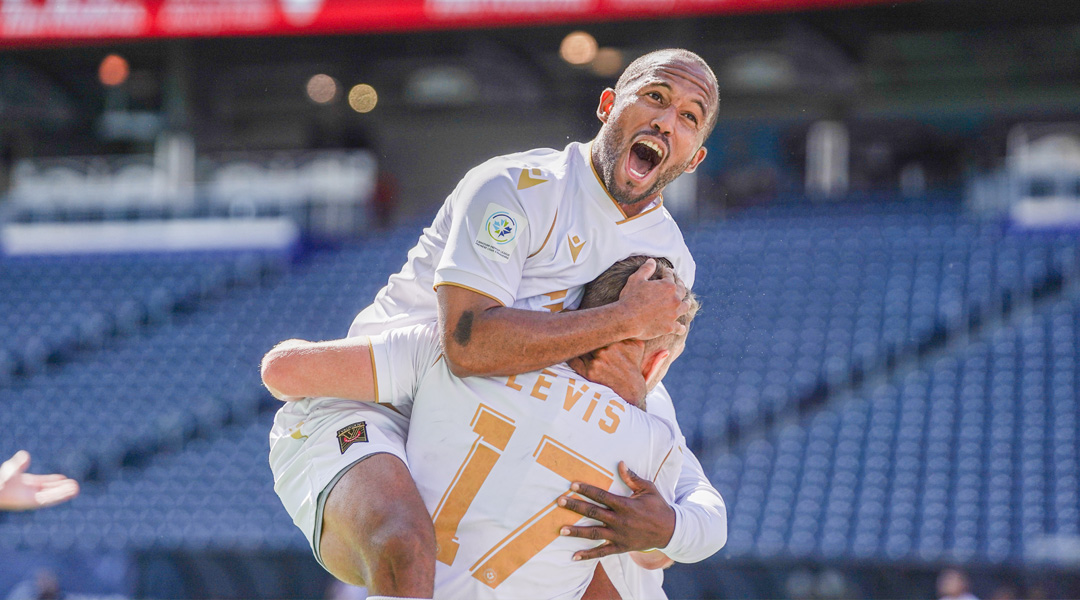 Winnipeg’s Valour FC has driven itself into a playoff position after dispatching Forge FC 1-0 at home.

A hearty crowd at IG Field witnessed the home team put forth a spirited performance against the two-time champions, whom they’d also beaten 1-0 at home just a few days ago.

Valour also saw a player ejected in added time in each of those games – talk about consistency.

The three points which now see Valour leapfrog Pacific FC into a playoff position came through a nice one-two that saw Brett Levis slot the ball home from close range in the second half.

Should the club continue to collect results, Valour FC just may lock in the club’s first-ever postseason berth – something that team captain Daryl Fordyce postponed his retirement for this year.

The league has become a five-horse race for the four playoff spots, with usual contenders Forge, Cavalry, and Pacific all in the midst. This season has seen a resurgent Atletico Ottawa top the table, however, with Valour FC now counting itself amongst the elusive top half of the league standings.

“A few weeks ago you could say we were out of it,” said Daryl Fordyce of the playoff hunt. “We’ve dug in, we’ve got ourselves back into a good position.”

Valour FC collected four wins, one draw, and one loss before today’s 1-0 home win against Forge. Other than the blip against Halifax, their last loss came in a 1-2 result against Pacific where a brace from Alejandro Diaz made the difference. That was his final league match for PFC, with the Tridents scoring just two goals in the four league games since. With the reigning champions now falling out of a playoff spot, the mid-season decision to sell the golden boot leader is sure to come under scrutiny.

The tail end of the season won’t be easy for Valour, though: of the five matches left to play, just one will take place on home turf, and two of them come up against Atletico Ottawa and Cavalry, who occupy the first and second spots in the league table respectively.

Still, the fruits of their summertime labour and consistency are showing, and head coach Phillips Dos Santos is is urging his players not to step off the gas.

“I challenged the guys to protect the progress that we have made, that is the most important. Once you are above that line, we have to do everything to try to stay there and it starts with next weekend,” said the gaffer in reference to next weekend’s away trip against a Wanderers side who handed them their last league defeat.

Valour FC has only failed to score in three of the club’s 23 league matches so far, with the Winnipeg-based side only conceding one goal since the start of August. The consistency has seen the club steadily climb ever-closer to what had appeared to be a four-horse race for playoffs, and now it’s all left to play for.