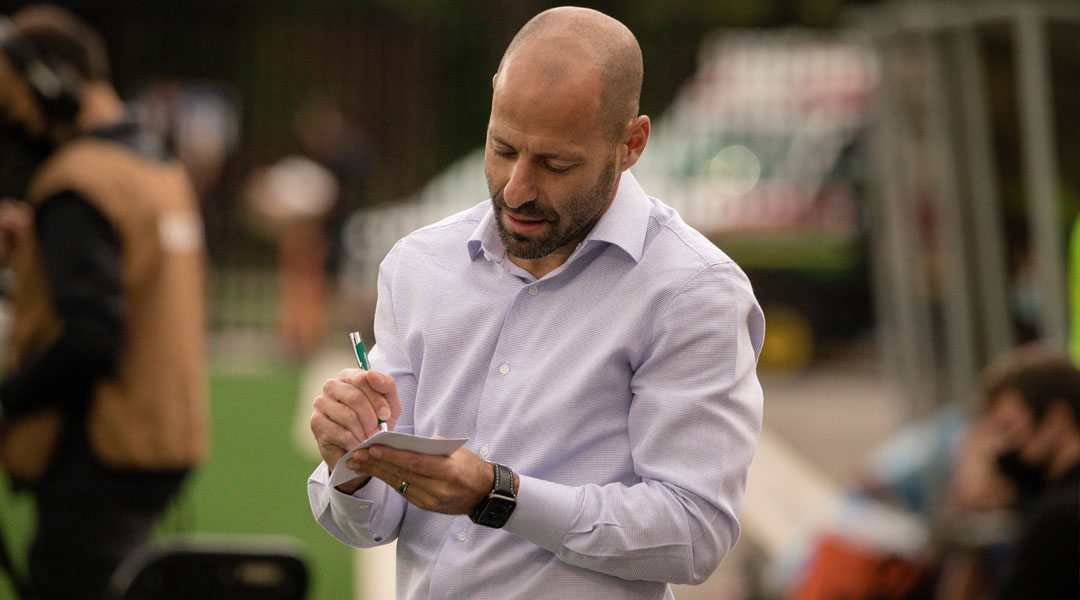 Both love and soccer balls will be in the air this Valentines Day.

Canadian Premier League side Valour FC has confirmed that its preseason camp will open on Monday, February 14, nearly a month prior to the club’s 2022 CPL season opener against FC Edmonton.

“We know it’s a long process,” says head coach Phillip Dos Santos, “there’s phases to it, there’s layers to it, but we’re excited to step back on the field.

The camp will feature just ten players returning to the side from the previous season, more than half of whom are defenders: Andrew Jean-Baptiste, Stefan Cebara, Federico Pena, Andy Baquero, Rocco Romeo, and Tony Mikhael will be present, with midfielders Daryl Fordyce and Raphael Ohin joining in alongside potent striker duo William Akio and Moses Dyer.

With the club still awaiting to see if CF Montreal’s Jonathan Sirois will be available for loan, Rayane Yesli is the only goalkeeper currently rostered to the side thus far.

The club is also trying to secure the return of midfielder Sean Rea, who contributed two goals and four assists from 25 appearances last season.

It did not comment on any trialists who will be present, but did confirmed that out-of-contract striker Austin Ricci will not be returning to camp.

The club has also noted that team captain Andrew Jean-Baptiste is still recovering from his ACL injury last season, and isn’t expected to be ready at the start of camp. International arrivals Walter Ponce and Daniel Ascanio won’t be present, as they’re still awaiting their visa clearance to enter the country.

“It’s a long offseason,” says Dos Santos, “it’s unusual for a professional league to have such a long time without touching the field. Look at Major league: they ended after us and have already started for almost a month now. That creates a bit of a buzz for us. We’re always eager at this time of year to start.”

The club expects to play some exhibition games closer to the start of the 2022 CPL season, though for now Dos Santos and the rest of the squad are simply keen to get started.

Forge FC is also in the midst of its preseason camp ahead of its Champions League matchup next week, with York United also recently playing a friendly against the Hamilton-based side.