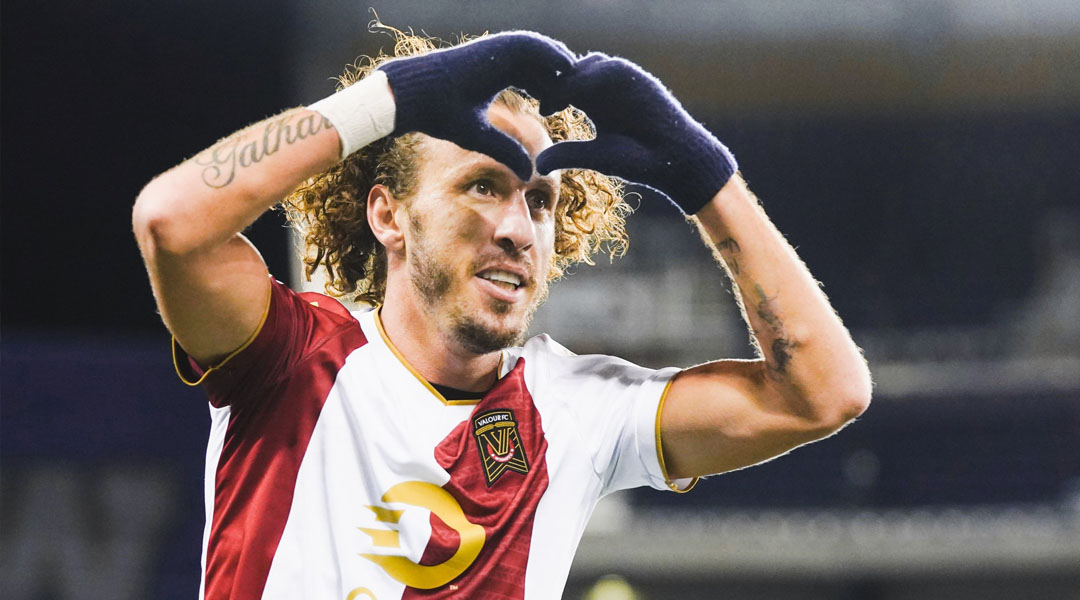 The former FIFA U-20 World Cup winner had been teased as the club’s biggest-ever signing ahead of his arrival last season, with former Valour boss Rob Gale suggesting that the versatile midfielder and right-back could feature in just about any position at the CPL level and excel.

The two-time Gremio midfielder touched down on Canadian soil in mid-July, bringing the experience of over a hundred appearances in the Brazilian top flight with him.

Galhardo would go on to represent Valour on the pitch 25 times throughout the 2021 CPL season, contributing two goals and three assists. He also scored a stunning freekick against York United that was eventually disallowed.

He showed plenty of versatility under both Rob Gale and Phillip Dos Santos, playing on both sides of the pitch, as a centre-forward, and as both an attacking, central, and defensive midfielder during his tenure.

In a post made on Instagram tonight, however, the 30-year-old confirmed that his time in Winnipeg has come to a close.

I wanted to thank Valour FC, all the players, all the staff, and all the fans for everything hey did for me in 2021. It was an incredible experience that I lived in this city and in this country that I will carry with me forever in my life. Today I say goodbye to the club and I wish you all much success!

Head coach Phillip Dos Santos had stated that the club had to make some hard decisions in his roster rebuild, though nine of the club’s twelve confirmed players on the books for next season are returning athletes.

It is expected that Keven Aleman has also departed.

This week saw the club focus on defensive-minded announcements, with Valour confirming the return of full-back duo Federico Pena and Andy Baquero along with the new addition of Jonathan Esparza.

Rafael Galhardo’s next steps remain to be seen.