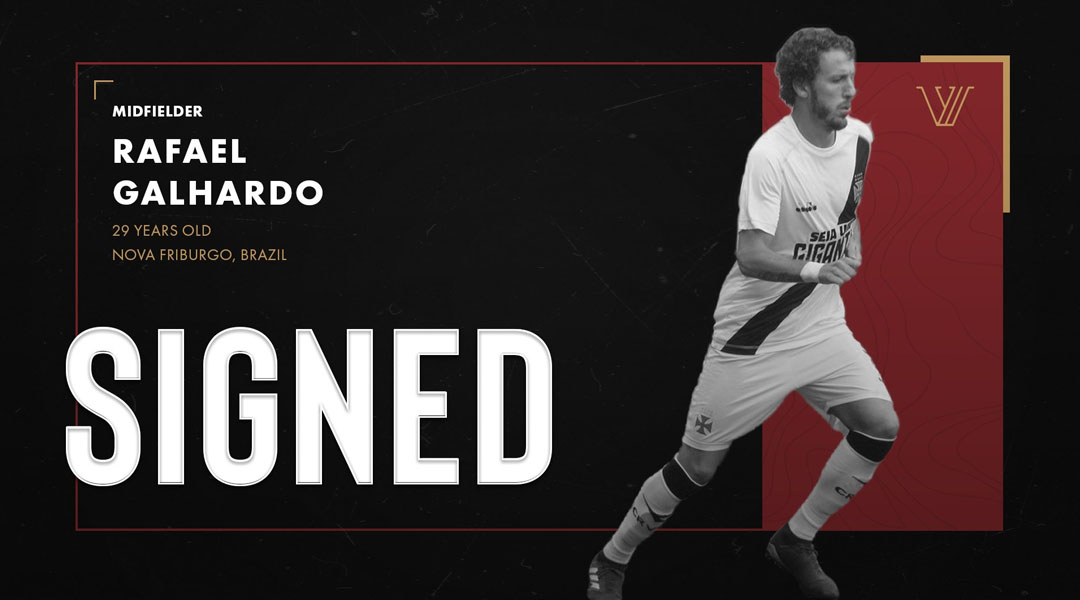 Canadian Premier League side Valour FC have just announced the signing of Brazilian right-back and midfielder Rafael Galhardo, whom the club suggests may be the biggest signing in the history of the team itself.

The Winnipeg-based side seems to have a knack for bringing in high-profile veteran internationals, with Gale having brought in veteran Ligue 1 defender Arnold Bouka-Moutou ahead of last season’s Island Gampes campaign.

If all goes well with his visa documentation, Galhardo may find himself in Winnipeg as soon as June 16th. His most recent season came was spent with top flight Brazilian Serie A side Gremio, whom he spent the 2019 campaign with on loan from Vasco da Gama.

Before his return to Brazilian football with the likes of Club Athletico Paranaense, Cruzeiro Esporte Clube, Vasco da Gama, and a second stint with Gremio, the 29-year-old was signed by Anderlecht in 2016 for a reported fee of one million euros.

The height of his career perhaps came just before that, with Garhaldo picking up a FIFA U-20 World Cup win with Brazil and making a name for himself with the likes of Flamengo (picking up a Serie A win in 2009) and Santos before loans to Bahia, Gremio, and his eventual move to Anderlecht.

You just have to watch him play and you can see he’s dynamic. His football speaks for itself. I just hope we can get him in, get him quarantined, get him healthy, get him used to playing on turf and the things that will be different here from playing at that level of football.

The club reports that Galhardo himself believed the time was right for his family to transition out of Brazil, and even held conversations with his agent about pursuing a roster spot in Major League Soccer. When that didn’t pan out, the versatile Brazilian came into contact with Valour FC.

The Winnipeg-based side says it put a lot of work into finding a route to get Galhardo into the country, and it’s at this step where fans will be waiting with bated breath: it was only recently that Valour FC had to cancel the signings of international athletes Nestor Monge and Ronny Maza due to visa difficulties, though the club is evidently confident that Galhardo won’t face similar bureaucratic stonewalling.

We are pleased to welcome Rafael to the club. We feel Galhardo will offer a very different dimension to our club and the CPL especially in the attacking phase.  There is no denying Rafael’s pedigree and track record, having won several domestic competitions at the top level in Brazil, as well as winning the U-20 World Cup with Brazil in his youth career.

While Galhardo has put in many shifts at right-back and right midfield, both Rocke and Gale are adamant that he can play essentially everywhere at the CPL level: the gaffer says they can put him in the middle of the park with some position freedom, as he can play as a central midfielder, attacking midfielder, or a defensive midfielder “with his eyes closed”.

That being said, the last time the club signed a high-profile international athlete and touted his profile, he was injured on his debut and only returned for the final match of the season. Both the club and fans alike will be hoping there isn’t a sense of deja vu at IG Field.

I’m trying not to get too overly excited about it because Arnold [Bouka-Moutou] was also a big signing for us and then he pulled his hamstring in our first game last year and no one got to see his talent. If we can get him on the field, get him fit, we’ll let his football do the talking for him.

With Galhardo set to bring the experience of over a hundred Brazilian Serie A appearances to IG Field, he’s certainly an international signing that will have lofty expectations at the CPL level. While there’s still a long way to go until his paperwork is sorted and he arrives in Winnipeg, Galhardo certainly appears an ambitious signing by the Winnipeg-based club.

Valour FC has now rostered 19 players ahead of the 2021 Canadian Premier League season, which is rumoured to be starting next month right in Manitoba.

The club did not disclose the length or financial details of Galhardo’s contract.