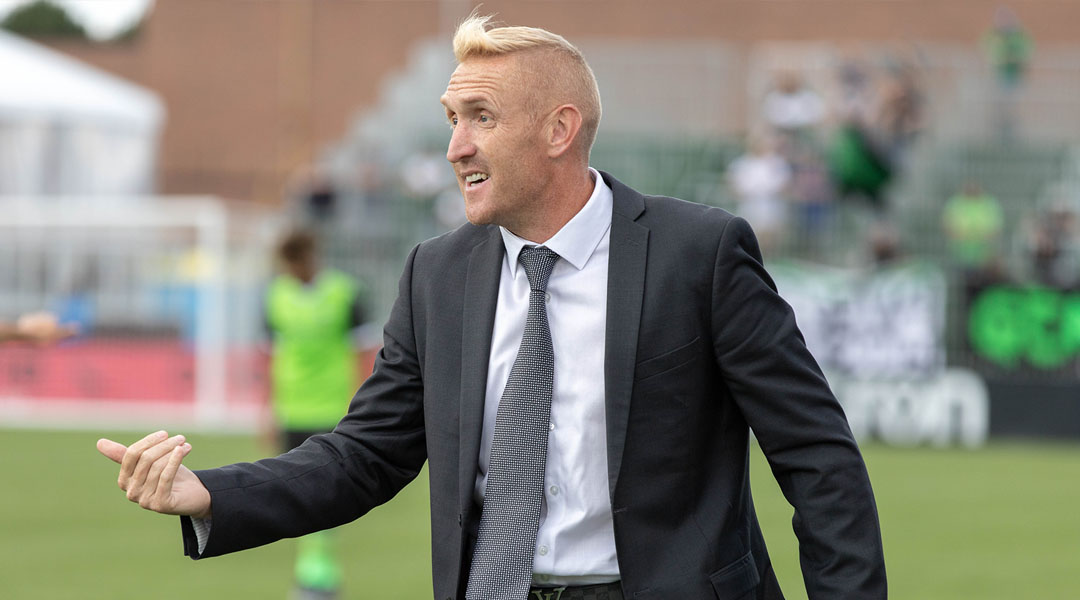 With the Canadian Premier League now in the midst of a long five-month offseason, Winnipeg-based side Valour FC has remained very quiet regarding its 2020 roster decisions.

The club’s only official announcement came with five roster moves, with head Coach Rob Gale retaining two young defenders while parting ways with three players. The league itself – not Valour FC – confirmed that Calum Ferguson had been released when he made his debut for Canterbury United, while Dylan Sacramento continues to ply his trade overseas on loan.


In a recent radio interview with the CJOB Sports Show, Gale was asked what percentage of the inaugural roster would be returning next season. Given the massive squad shake-up seen over at the Halifax Wanderers, it’s a fair question, and one Gale didn’t shy away from answering.

It’s still very fluid really, to be honest, because some have contracts and some don’t. Some are going to try to get into higher levels in the next couple of months when they return, others have family situations which may or may not lend themselves to returning, and a good amount that we probably wouldn’t invite back. I’d say you can expect anywhere from a minimum of fifty percent for sure, it could be a lot bigger.

With Valour FC still having to confirm the 2020 season status of no less than 17 players, there’s a lot of news still to come from the CPL side in the next few months. The club finished dead last in the spring season, but improved in a fall campaign that saw the club rise to fifth place, just five points shy of third – though Valour FC still found itself rooted to the bottom half of the table in terms of league finish, goals scored, and goals conceded.

There are new rumours emerging that 18-year-old local youngster Tyler Attardo may be being eyed by exterior leagues after becoming an unexpected standout in the inaugural season. There is also speculation that Louis Beland-Goyette may be leaving the club, possibly as one of the first intra-league transfers.

Interestingly, Marco Bustos doesn’t appear in the official CanPL roster move tracker, though that may just be a small league oversight.


In terms of inbound transfers, there is growing speculation that Montreal Impact goalkeeper James Pantemis may be loaned to Valour FC, which saw goalkeepers Tyson Farago and Mathias Janssens concede a league-high 52 goals throughout the inaugural campaign, though that’s not just the fault of the two goalkeepers – the defense, too, is in need of an overhaul.

Gale says that fans shouldn’t expect to see any shift to the club’s philosophy in terms of its style of play, but admitted that the high level of play shown by the Canadian Premier League throughout the inaugural season leaves the Winnipeg-based club with some catching up to do.

Now knowing the level – and hindsight’s a wonderful thing, especially in the year 2020 coming up – we know that certain players, first-year professionals, it’s a challenge. We now know 95,000 kilometers in the air, playing in temperatures of plus forty on turf and minus five on a cold night in Calgary, you have to have people that can adapt. People that have the right spirit, should we say, in the room, the adversity to come through extremes. There’s going to be difficult times in any season as there are in all sports, injuries, et cetera, so I think we know more about the type of people we want in our room, and certainly know of the ones we had, which ones are capable of coming back and making an impact here.

To that end, fans can expect Michele Paolucci to return, with the striker having inadvertently revealed that he had a contract running until December 2020 through an interview with MLS Soccer Italia. Similarly, journeyman midfielder Jose Galan was offered a multi-year deal prior to his fall season transfer to Valour FC.

While it remains to be seen how Valour FC ultimately shapes up for the 2020 Canadian Premier League season, it’s clear that Rob Gale is in the midst of a potentially large restructuring in the hopes that he can guide the club to a top half finish next season. Based on his words, there might be several brand new player signings to come in the near future as Gale searches for players accustomed to the rigours of professional football.