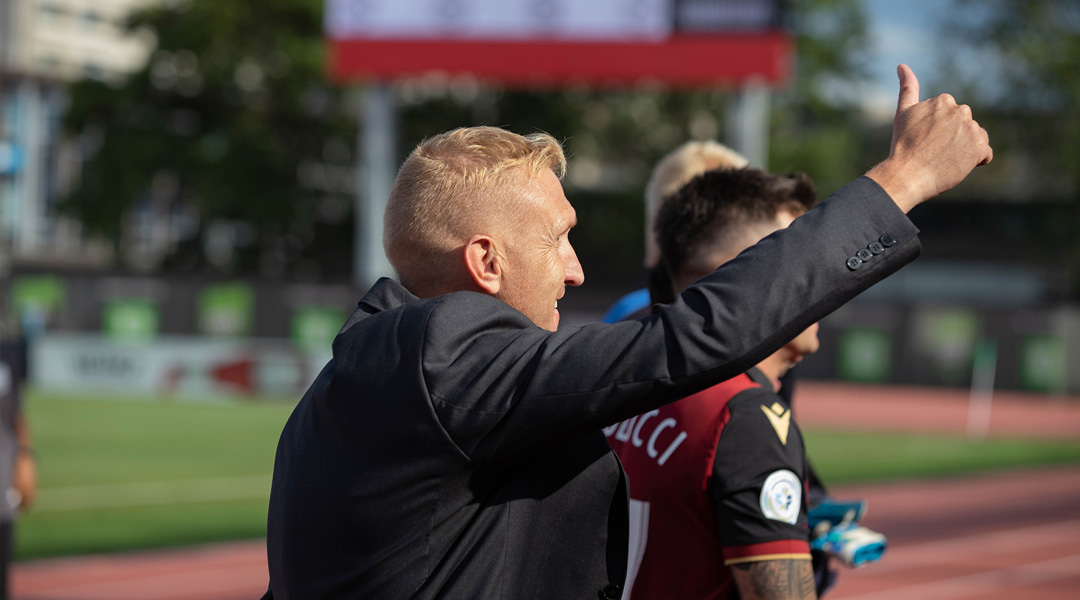 After going winless in over two months, Canadian Premier League club Valour FC secured its first win since June 2nd with a 2-0 away victory over York9 FC today. When the final whistle blew, it was clear to see how much it meant to the players: Adam Mitter was leaping around as members of the Valour FC squad clapped each other on the back.

It was a long time coming, and many media outlets – including this one – haven’t shied away from shining on a light on some of the club’s negatives, including the Jordan Murrell fiasco and the club’s propensity to concede on corners.

The online banter from fans has indicated, more or less, that the odds were not in Valour FC’s favour ahead of the match.


When asked if the Gale used this media adversity to motivate his players, the gaffer shook his head: he doesn’t frequent social media, so he misses almost all of the comments. He says it’s water off a duck’s back to the club, and reiterated that the club’s slow start is more related to injuries and growing pains than a lack of quality on the pitch:

We’ve had injuries galore from the sixth game onwards. We got a young new team. We knew what we have. We knew we had talented players. We just needed to put it together. Like I said, sometimes defending set pieces have been a problem, but they’re teething problems in a young team, and you have to stay persistent. I see every day the effort, the attitude, and the work rate of these boys, and the absolute quality .

Gale’s squad currently has six players out injured, and the suspension of Murrell meant Gale had to bring in 19-year-old defender Yohan Le Bourhis as a new signing yesterday. The youngster put in a solid shift for Valour FC today, and combined well with the Valour FC backline to help goalkeeper Mathias Janssens keep a clean sheet.

The Belgian shotstepper saved a penalty from Rodrigo Gattas to preserve the club’s lead, which it eventually doubled in the game’s dying minutes. The penalty is a missed chance that Gattas is sure to rue, as the Chilean striker surely knows that Chile national team manager Reinaldo Rueda took in the game from the booth.

For Rob Gale, though, today’s win is more about letting the world know what he’s believed since day one: Valour FC can put up a fight, and can beat any of the six other CPL clubs on any given day. He’s hoping the momentum earned today can lift his squad to help do exactly that.

We know we’ve been turning the tide. The mentality and the experience has come in. But no, I don’t care what the media has to say, because they don’t see what I see on a daily basis.

Gale’s comments on experience are likely alluding to the fall season signings of Jose Galan and Michele Paolucci, the latter of whom scored on a deflected shot today. Both players are 33, and will be seen as leadership figures for the young club.

Valour FC will face tough opposition in Forge FC next week, which will be a stern test to see if Gale can build on the club’s momentum. The home crowd will be hoping he can.