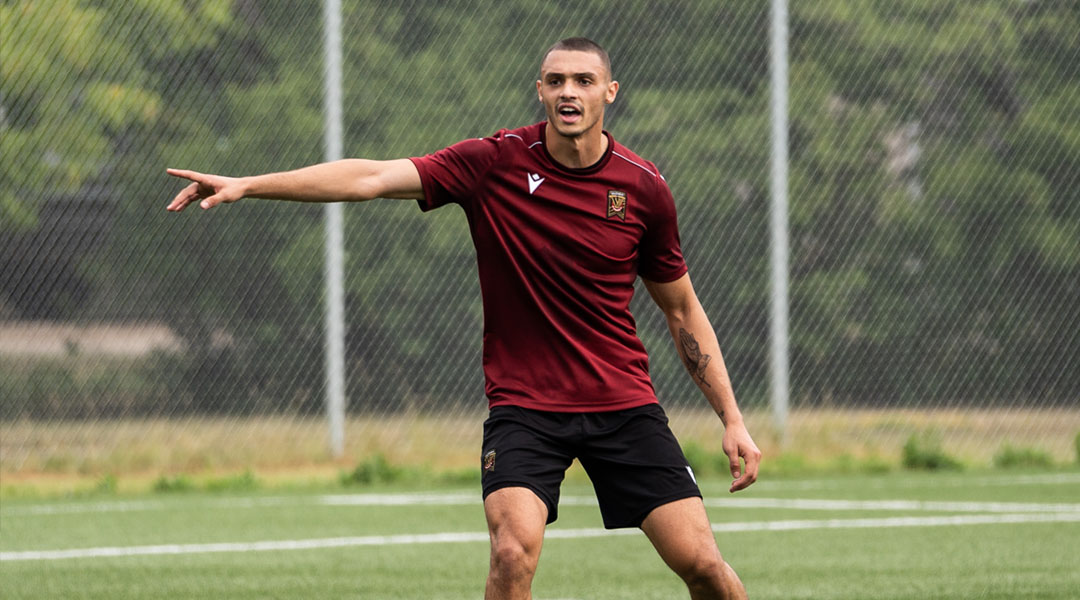 Canadian Premier League side Valour FC has taken in Toronto FC defender Rocco Romeo on loan for the remainder of the 2021 CPL season.

With Valour FC Captain Andrew Jean-Baptiste having suffered a season-long injury, the six-foot-four TFC youth product is expect to get a fair spell of minutes in the months to come.

The 21-year-old Ontario-born defender developed through the Toronto FC academy system as a teenager, appearing for the Young Reds 33 times in League1 Ontario, and 25 times for Toronto FC II in the USL.

The previous two seasons have seen him loaned out to Danish top flight side HB Koge, for whom he has made 22 appearances and scored one goal. He signed a first team contract with Toronto FC last January ahead of his second loan stint in Denmark.

Rocco is a terrific signing for us. Rocco is a player I’ve known many years and have seen him develop through the youth Canadian national teams. He is a very welcomed addition to our backline and will be a key part of our team going forward.

The Winnipeg-based Canadian Premier League side has made ample use of Major League Soccer loans over the past two seasons, with CF Montreal youngsters Jonathan Sirois and Sean Rea currently with the team, while last year saw James Pantemis, Julian Dunn, and Dante Campbell feature for the side.

The club revealed that it had hoped to acquire Romeo on loan in a package deal with Dunn, though the latter couldn’t be obtained for this season.

The club’s list of currently loanees now rises to five, with Romeo, Rea, and Sirois representing the MLS side of things whilst Jared Ulloa and Rodrigo Reyes have also arrived from Peru and Mexico, respectively.

After a hot start in the bubbled segment of the 2021 Canadian Premier League season, Valour FC finds itself at the top of the table ahead of a string of four away matches in a road.

The club’s defensive end is now also bolstered by the return of Arnold Bouka Moutou, with a club statement noting that both Brett Levis and Jose Galan are expected to return from injury in the near future, too.