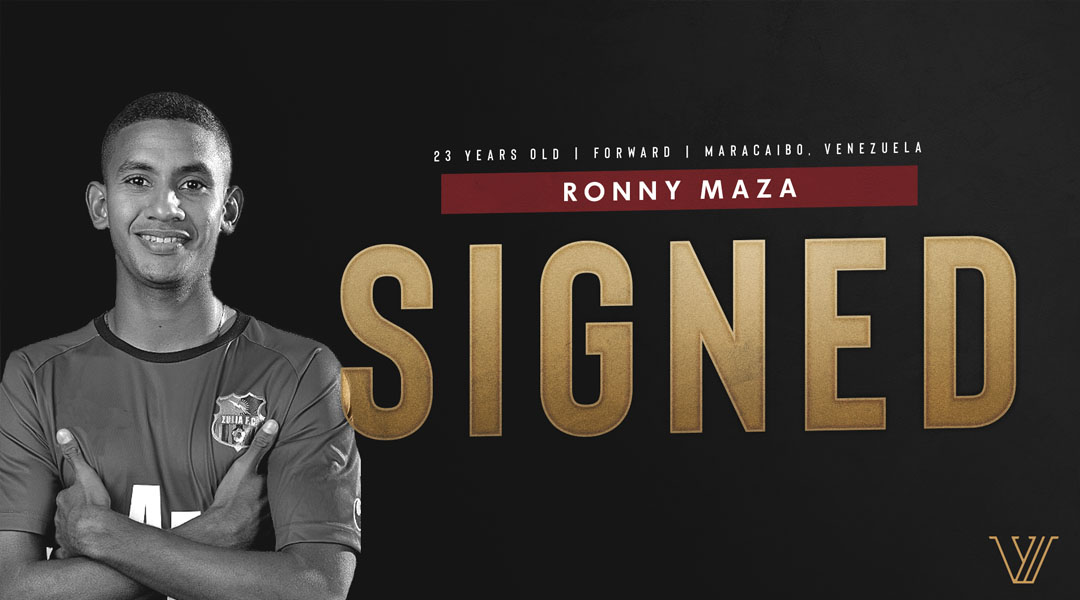 The 23-year-old arrives to the Winnipeg-based side from Venezuelan top flight side Trujillanos FC, where he contributed three goals in seventeen appearances last year. In the season before that, he had a breakout year that saw him score nine times in thirty-matches for the team, with six of those goals happening across three consecutive matches.

Valour FC head coach Rob Gale believes that the attacker is well-suited to the CPL level, where he expects Maza to continually find the net as the club’s main goalscoring threat:

We’re extremely excited to bring Ronny in. At age 23, Ronny has not only a huge amount of potential growth, but a vast amount of experience in Venezuela’s top professional league. We look forward to him scoring plenty of goals in front of the Trench in 2021.

In all, the young forward has made 82 appearances in his home country’s top flight, where he’s scored 17 goals during his time with three clubs. With over 5,554 minutes of top flight Venezuelan gametime in the books, the expectations are high for him to succeed at the CPL level.

Nicknamed El Avioncito (The Little Plane) for his goal celebrations during a hot run of form where he scored six goals in three appearances, Maza entered Rob Gale’s radar by way of an agent’s introduction, though it remains unclear if the international is vetted by the league’s central scouting system. Recently, it became known that clubs must have at least four internationals who are approved by 21st Club.

Valour FC has now signed eleven players for the 2021 Canadian Premier League season, with Maza being the fifth of seven allowed internationals. With Jose Galan on a verbal agreement to return following his time in Spain, that really only leaves Gale with one more international roster spot to use.

Valour FC did not disclose the financial details or length of Maza’s contract with the side.