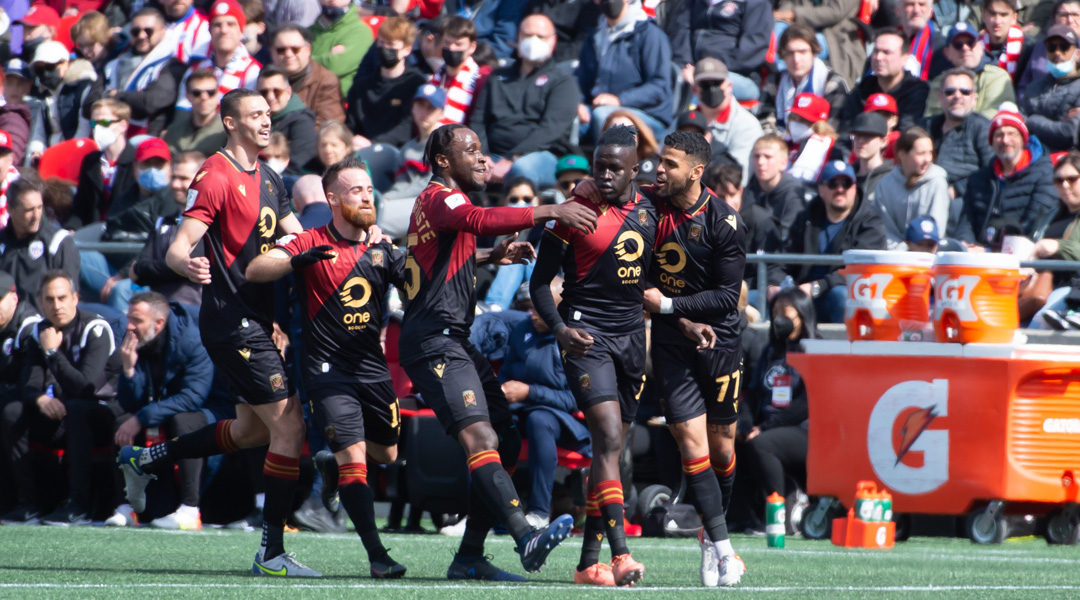 After finishing in fifth place for a second straight season and still without a playoff bout to its name, the club is preparing to some changes – though that doesn’t mean a total overhaul.

Here’s who’s set to stay at IG Field next year:

The six-foot-seven shotstopper managed to dethrone CF Montreal loanee Jonathan Sirois as the season progressed, amassing four clean sheets out of ten appearances. Valour FC are keen to build around the PLSQ man for his option year.

The 30-year-old regularly donned the armband for Valour FC, though he still never hit the heights he’d reached before suffering his season-ending injury last year. Still, he’s a big presence both on and off the pitch, and can certainly be one of the league’s best at the back.

The Cuban international was an ever-present part of the system under Dos Santos, with the full-back offering a mixture of capable defensive duties and a flair for going forward, too. In their confirmation of his return, however, Valour makes it clear they want to see more consistency from Baquero in his third season.

The club is showing a good faith move to retain Valour original Raphael Ohin after he missed the entirety of the season through a knee injury. He’d shown big year-over-year improvement prior to that, so it’ll be interesting to see what happens if Ohin can get a clean bill of health.

Perhaps one of the most underrated defensive midfielders in the entire league, Gutierrez’s return to Valour saw him blow away similar players of his position when it comes to not only what he does with the ball, but how he operates without possession, too. He’s a low key returning athlete who we think is actually one of the most important ones.

It’s been a big year for Catavolo, who participated in the Canada U-20 men’s team and then went on to procure 17 appearances for Valour in his first professional season. He’s got a high ceiling, and Valour are keen to watch him continue his progression at IG Field.

Rendon arrived as an international signing with over 100 top flight appearances in his native Colombia, though he’s off to a slow start in Winnipeg with zero goals in twelve appearances. He offers a sizeable figure up top, and once settled Valour will hope the proverbial dam will burst.

Another international signing going through some growing pains, Walter Ponce had to wait 124 days to arrive after signing, and wraps up his first season with two goals to show for twenty appearances. Dos Santos will be hoping for a more clinical follow-up campaign.

Former Atletico Ottawa prospect Matteo de Brienne was one we always though had goals in him. While he had to bide his time to earn the opportunity, the youngster is now describes by the club as having ‘a motor that didn’t stop’, collecting three goals to his name…so far.

The club has also confirmed that it is still assessing its option on Federico Pena, Alessandro Riggi, Tony Mikhael, Johnny Esparza, and team captain Daryl Fordyce.

They’ve also categorized a few players vaguely as out of contract, moving on, or possibly returning for 2023. This list includes defenders Stefan Cebara, Rocco Romeo, and Nassim Mekideche, midfielders Brett Levis and Jacob Carlos, and the prolific Moses Dyer, whom may be destined for high pastures.

Both Jonathan Sirois and Sean Rea are headed back to CF Montreal, while Billy Forbes remains a possibility to return as his contract with Detroit City FC has expired. It’s also possible that Real Santander SA’s Daniel Ascanio might have another loan stint, too.

Valour boss Philip Dos Santos knows that improvement must be carved out if he’s to stay at IG Field, with playoffs still having been out of reach through the club’s first four years.

“At the end of the day we were a team that was almost – almost – there. But it’s been two years of that,” head coach Dos Santos told Ed Tait ahead the roster update, before later continuing: “We’re at almost. Too many times there are people that go a full life and are almost. Sometimes we need to take risks and look at what’s the next level.”

He wasn’t happy with little the club found the back of net in the tail end of the season, stating that the side lacked a cutting edge. Expect that to be top of the club’s shopping list, especially with William Akio having been sold and Moses Dyer a likely target to move up.

“We can’t stay in the status quo. We need to make the changes that need to change. But they need to be the right changes as well. Character is going to be a big component of our recruitment process,” concluded the gaffer.