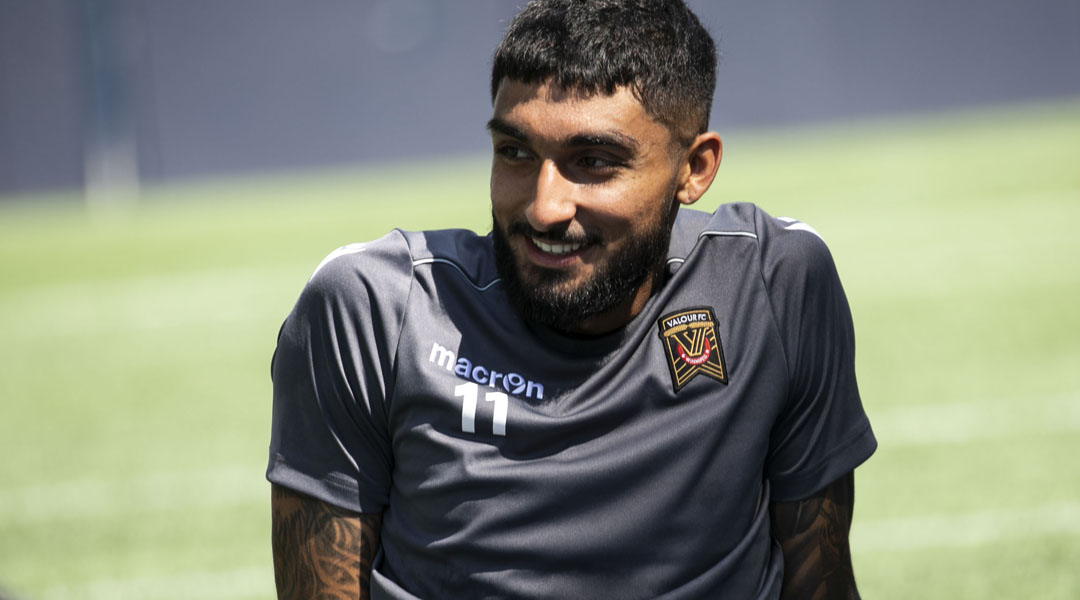 Months after Shaan Hundal began trialing with Winnipeg-based Canadian Premier League side Valour FC – and a few days after he was mentioned by Gale as an option the club had in attack – the CPL side has now made his transfer official.

The 21-year-old forward arrives to IG Field after having spent several seasons developing with Toronto FC II, where he contributed 17 goals in 84 USL Championship appearances. Last season he found himself on loan with the Ottawa Fury, but made only one brief league appearance. His lack of playtime prompted former York9 FC assistant coach Carmine Isacco to suggest that the CPL was a better place for young Canadians to develop than the now-defunct side.

Prior to that, Hundal had been part of the TFC Academy since he was 13, before signing a professional contract with Toronto FC II in 2016.


The Brampton-born forward was part of the 2017 CONCACAF U-20 Men’s Championship, which is where his connection with Rob Gale first began. When it came to decide whether he would return to TFC II or ply his trade elsewhere, that connection turned into an opportunity he couldn’t pass up.

If I had an option to stay home or come play for Rob, I definitely would choose playing for Rob because we have a history and he helped me a lot through my younger years. The places I’ve been, the experiences I’ve had with him in the past are part of the reason I’m at where I am today. This league is giving an opportunity for a lot of guys who have something to prove, guys like me, and players who have come from other MLS academies but maybe didn’t get the chance to show for the first team for whatever reasons.

After the aforementioned season where he had little opportunity with the now-defunct Ottawa Fury, he didn’t want to face a tough environment that many Canadians face in the MLS: a lack of playing opportunities compared to their US counterparts. It’s something that has drawn criticism from Canadian athletes before.

From one standpoint it helps you because you are watching and learning from some of the best players in the MLS. But at the same time it’s also hard to stay motivated and keep that goal in your head when you’re working to get that position. There’s a slim opportunity where you might get five minutes here, three minutes there and in those limited minutes you’ve got to put some numbers up. But just because it doesn’t work in one place, it doesn’t mean it’s not going work somewhere else.

Last season saw the club rely on its midfield for most of its goals, with Marco Bustos and Michael Petrasso leading the side’s scoring charts with seven and six goals respectively – though both players have since left the club.


At the present, former Halifax Wanderers defender Chakib Hocine is also expected to sign with the club. The club’s backline has also received a significant overhaul, with Gale bringing in two new goalkeepers and four new defenders so far.

As things stand, Hundal becomes the fourteenth brand new player brought in by head coach and general manager Rob Gale this offseason, with the club currently preparing for a shortened 2020 Canadian Premier League campaign that is likely to be hosted in Prince Edward Island.

The length or financial details of Hundal’s contract were not disclosed by Valour FC.