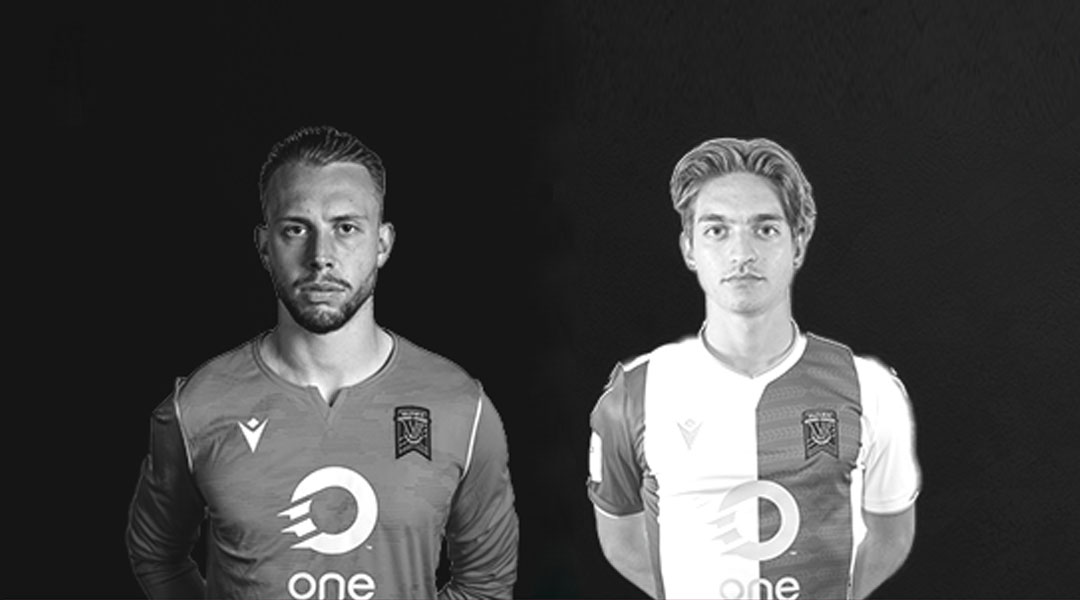 Both players impressed whilst on loan from CF Montreal last season, with the duo earning contract extensions from their parent club shortly after the 2021 CPL season concluded.

The twenty-year-old Jonathan Sirois returns to the side after earning the CPL’s Golden Glove award with Valour last season. He secured nine clean sheets in 24 CPL appearances, leading the CPL in saves (24) and penalty saves (2) while recording zero errors leading to a goal.

He had been briefly recalled by CF Montreal last August, riding the bench in a scoreless draw against FC Cincinnati. With his parent club entering the season with Sebastian Breza, James Pantemis, and Logan Ketterer on the roster, it looks like Sirois’ best bet for gametime will be back with Valour.

It was important for us to get Jonathan back. It’s a position where you need stability, and we feel we have that with Jo and Rayane. He’s a good piece in the locker room and brings leadership and experience in the league.

Dos Santos had openly held off on recruiting another goalkeeper while it waited to see if Sirois might become available, with trialist Quillan Roberts signing with Electric City FC today instead.

Like Sirois, Sean Rea spent a fruitful season with Valour FC, making 25 appearances for the CPL side across all competitions. The 19-year-old scored in both league and cup action throughout his rookie campaign, contributing four assists and appearing just about everywhere in midfield.

It’s another good player who brings offensive solutions to the lineu. We want this team to have options and depth, and Sean provides that. He has the right mentality, coming in with another MLS preseason under his belt, and he’s willing to fight for his space on the team.

The Winnipeg-based side has now taken in three player loans ahead of the upcoming season, with Colombian winger Daniel Ascanio also set to join the side.

The Winnipeg-based side retained a good chunk of its roster under Phillip Dos Santos, who stressed continuity as an important factor in success. The club has also added some youth in Matteo de Brienne, Matthew Catavolo, and Rayane Yesli, among a few other faces.

Valour is expected to travel to Victoria for a short preseason camp before it kicks off its fourth Canadian Premier League season with an away trip to FC Edmonton on April 10.