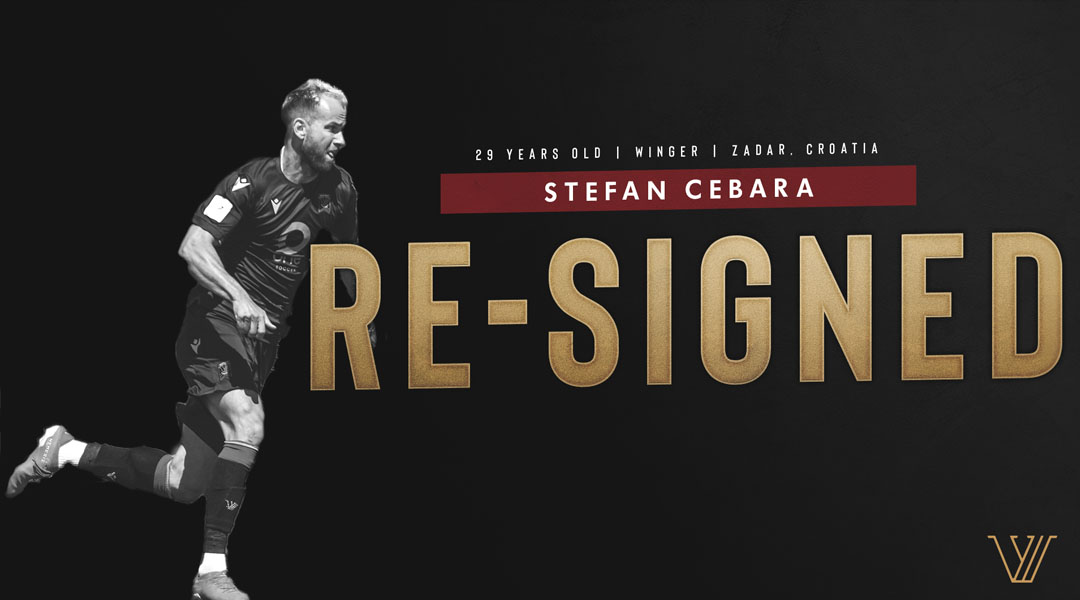 The Croatian-born athlete – who mostly played in an attacking full-back role – was part of a resurgent Valour FC side that impressed at The Island Games, with Cebara appearing in all seven matches for Valour FC. He collected an assist against Atletico Ottawa during the club’s largest-ever win.

We are excited to welcome Stefan back to the club. He has pace, technical capacity and the flexibility to be a star player in this league. His resilience and commitment to the club will be an integral part of the club’s success in 2021.

Cebara first joined the club in April after having missed the 2019 season due to contractual difficulties. Prior to that, he played professional football in Serbia, Hungary, Slovenia, Slovakia, and Lithuania.

A versatile option on the right flank, the club’s press releases calls him a winger which suggests that Cebara may be deployed in an even more attacking role come the 2021 season.

Here’s what the Canadian had to say about his decision to return:

My decision was quite simple: I want to win the Canadian Premier League and I believe in the organization, the coaching staff and that the players have what it takes to compete for the championship next season. I knew there was interest from other teams in me, but with the 2020 season being as short as it was there was so much more I wanted to show as a player and for us as a team. I think with a proper 28-30 game format I can express myself even more with Valour. I owe that to them.

Cebara first came to Canada as a young child when his family escaped from war-torn Croatia during Operation Storm, the Croatian war for independence. Arriving in Calgary some two years after his family fled to Serbia, Cebara didn’t speak any English, with he and his family eventually settling down in Windsor.

On the national level, Cebara has made five appearances for the Canadian Men’s National Team, having made his debut in 2013 as a substitute for Forge FC captain Kyle Bekker during a friendly against Japan.

Valour FC has started strong in terms of its defensive signings, activating the option for Andrew Jean-Baptiste and re-signing inaugural squad member Raphael Ohin. Gale has also secured the return of midfielders Brett Levis and Masta Kacher, while Spanish veteran Jose Galan made it no secret that he intends to return next year, too.

The flurry of returning players falls in line with Gale’s expectation that most of the core squad will return, though iron men loanees Julian Dunn and James Pantemis potentially leave big shoes to fill for the club gaffer.

The length and financial compensation of Cebara’s contract was not disclosed by Valour FC.