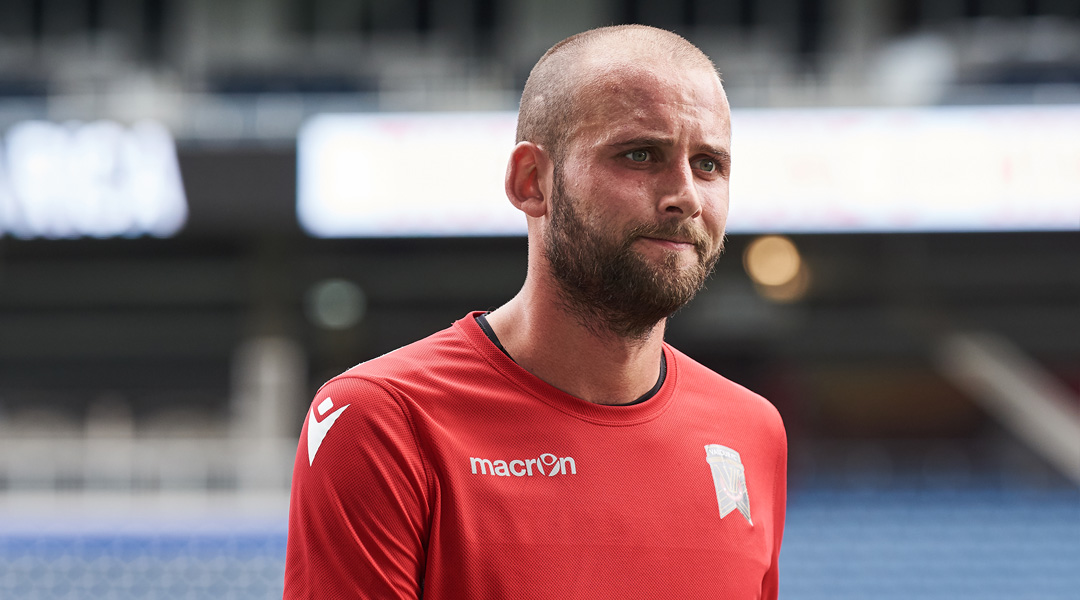 The 26-year-old Englishman had started his short tenure with the Winnipeg-based side on a high note, scoring the club’s first-ever goal in the Valour’s first Canadian Premier League game. Unfortunately, Hoyle was unable to reproduce his early success, making six goalless appearances afterwards.

Out of seven games total, Hoyle only played the full ninety minutes on one occasion – prompting concerns for his fitness levels at the pro level.

“We would like to thank Stephen for his contribution to the club, and he will always be remembered as our first goal scorer in team history. We wish him the best in his future endeavours.”

The well-travelled Hoyle has played in New Zealand, Australia, Canada, England, and Scotland, becoming one of few players to have played in four different football confederations along the way. It’s not clear what his next steps will be, but it has been reported that he’s already left Winnipeg.

The mutual termination of Stephen Hoyle’s contract means that Rob Gale now has 21 players currently on the books, which leaves room for two player signings over the fall season transfer window.

It’s clear that Valour FC need to start clicking in offense, having only scored more than one goal in a game in the club’s inaugural match. Rob Gale will also be looking to solve some defensive woes, with his Winnipeg-based team typically conceding two goals per match.

This article has been corrected to reflect that Valour FC has multiple international slots remaining – special thanks to Cristian Tane for the correction!

The CPL Transfer Window Is Open