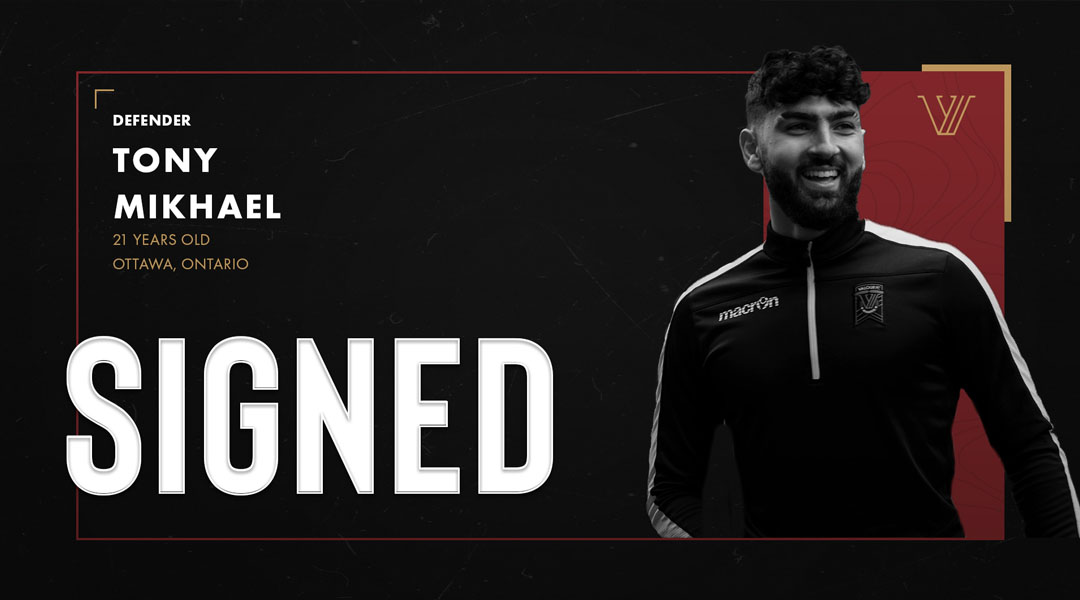 The six-foot-tall centre back becomes the lastest of three recent defensive additions for Valour FC, with Chivas Guadalajara defender Rodrigo Reyes joining on loan yesterday and former FIFA U-20 World Cup winner Rafael Galhardo signing a week ago – though he’ll likely play further up the pitch.

Mikhael was the club’s second pick in the 2021 CPL-U SPORTS Draft, with six-foot-seven goalkeeper Yuba-Rayane Yesli being picked up in the first round.

Tony appeared for the Lebanon U-23 national team in an appearance against Bahrain earlier this year. Prior to that, he’s impressed with the Carleton Ravens following a youth career that saw him pick up a gold medal at the 2017 Canada Summer Games along with an Ontario Cup championship.

We are pleased to offer Tony a contract. He’s a player with a lot of potential and upside and has blended well with the group. We’re looking forward to developing his game this season in a first-team professional setting.

The Winnipeg based side now has 21 players on the books, leaving room for two additional signings before hitting maximum capacity. With all international slots taken, that means remaining signings will need to be domestic athletes.

Mikhael becomes the fourth draft pick signed to a CPL side this week, with the Halifax Wanderers bringing in Kareem Sow and Stefan Karajovanovic, while Pacific FC secured much needed left-back depth with Chris Lee.

Valour FC is set to kick off its 2021 CPL Season on June 27 with a match against Forge FC, who prevented the side from reaching the group stage at last year’s Island Games. Suffice to say, there’ll be a lot for Valour FC to prove when the two sides suit up at IG Field later on this month.

The club did not disclose the financial terms of Mikhael’s contract, though U SPORTS contract reportedly average around $10,000-12,000.