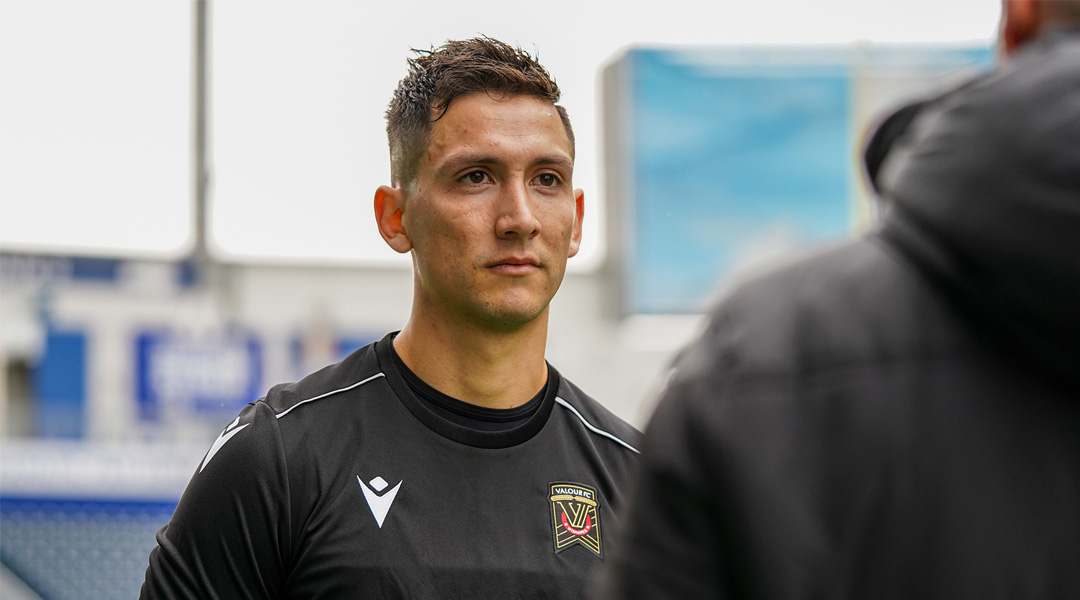 The 24-year-old Chilean forward was announced by the CPL side on January 13, but his arrival was delayed due to visa issues. As confirmed by Ed Tait today, however, the striker is now taking part in his first training session at IG Field

The 24-year-old now starts a Canadian chapter that might be viewed as a career reset of sorts: after making his debut with Palestino at the age of 17, he also represented Chile at the U-17 FIFA World Cup and gained experience in Spain with Granada B before inking a deal in his domestic top flight with Universidad de Concepcion.

A standout campaign would follow in 2018, where he contributed five goals and two assists in just 17 appearances. 2019 would prove less fruitful, with the forward bouncing around since: a similar dry spell at Deportes La Serena followed, and last year saw him drop down to the second division with AC Barnechea, where he accrued just 126 minutes of game time.

It was at that time when Valour’s Diego Gutierrez – who was chatting with Phillip Dos Santos about his eventual return – gave the forward a glowing recommendation. After taking a look at the video footage, Dos Santos liked what he saw.

WE LIKE THE PLAYER, HE HAS THE ABILITY TO ATTACK THE SPACE AND BE AGGRESSIVE IN BEHIND THE OPPOSITION, BUT HE’S ALSO STRONG IN HIS LINK-UP PLAY. HE’S A TALL PLAYER WHO IS GOING TO HELP US ON SET PLAYS AND FREE KICKS. THERE’S A LOT HE CAN BRING TO OUR GAME.

The 24-year-old international signing now joins a club that is, arguably, boasting the most potent attack in the league: they’ve netted a healthy return of ten goals after just five matches played, the most per ninety of any team – though that statistic is somewhat padded from a 6-1 dismantling of Atletico Ottawa.

Ponce isn’t the only international Valour signing to have his arrival significantly delayed, with Colombian winger Daniel Ascanio still yet to arrive and an as-yet-undisclosed signing still stuck outside of the country, too.

Both players have had their visas stamped, suggesting their arrival will come sooner rather than later. The club also teased that the undisclosed international is a 29-year-old Colombian who started every game for a team in the Colombian first division last season.

Canadian Premier League clubs have seen numerous delays for international talent ever since the onset of the COVID-19 pandemic, though most of the impacted transfers have either arrived or were cancelled entirely by this point. This weekend saw Lisandro Cabrera take his first steps for York United, for instance, and he signed when the club was still known as York9 FC.

Valour FC returns to action this weekend with an away trip to Cavalry FC.

The financial terms and length of Ponce’s contract with Valour FC were not disclosed by the club.