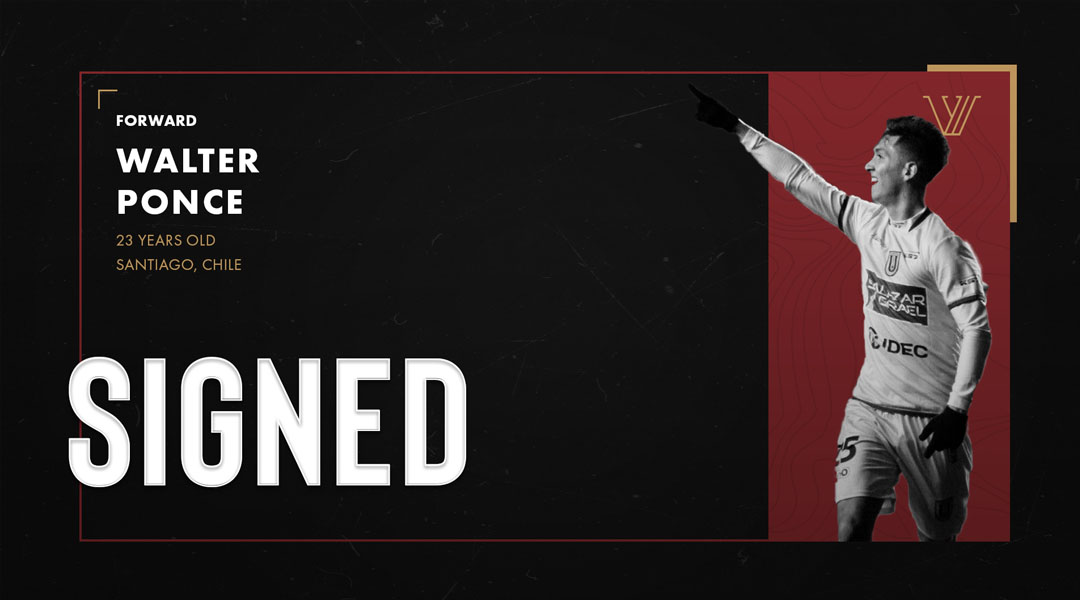 The former Chile U-17 international had spent the last season with Diego Gutierrez at AC Barnechea, who gave the Santiago-born attacker a glowing recommendation.

The forward had appeared on the club’s radar shortly after new boss Phillip Dos Santos arrived midway through last season, with the head coach taking a deep dive through video footage and, evidently, liking what he saw.

He’s young, but he has still played over 40 games in the Chilean first division. He’s a player who has scored goals at that level but went through a spell in his career where he couldn’t find as much playing time. We looked at his profile to see what he could bring to the team now and we think he’s a player that is going to come here with a chip on his shoulder.

The Chilean forward experienced a lot in the early stages of his career: he made his professional debut with Palestino at the age of 17, while also experiencing some U-17 FIFA World Cup action for Chile. He then spent time on loan with Spanish side Granada B before signing with Chilean top flight side Universidad de Concepcion, where a standout campaign in 2018 saw him contribute five goals and two assists in 17 appearances.

The upwards trajectory didn’t stick, however, with the attacker undergoing a tough campaign the next season that saw him play nine matches without any goal contributions. He made an intra-league move to Deportes La Serena afterwards, but would only score one goal in 19 appearances, largely being utilized as a late game sub.

The 2021 season saw him drop down to the second division with AC Barnechea, where he accrued just 126 minutes of game time throughout eight appearances. Now set to play abroad in North America for the first time, Dos Santos believes that Ponce will impress when given the minutes to do so – perhaps in a way similar to Austin Ricci’s breakout season.

We like the player, he has the ability to attack the space and be aggressive in behind the opposition, but he’s also strong in his link-up play. He’s a tall player who is going to help us on set plays and free kicks. There’s a lot he can bring to our game.

Ponce has shown versatility overseas, with the forward having played mainly in a central role but also proving capable on both flanks, too. With an eye for dangerous areas and a good level of technical ability, there’s an expectation for him to impress on the pitch – though Gutierrez says he’s a good influence for players off of it, too.

He’s still young – he falls under the U-23 international rule that we need to fill – and he’s someone who is versatile, that has goals in him and is dangerous in and around the box. He’s a player who comes with a strong background and culture of what the professional world is, what it takes to succeed at that level and how a locker room works.

Ponce becomes the first international signing to be announced to the club’s roster for the 2022 season and, as Dos Santos says, will help the club fill a somewhat controversial rule requiring them to sign a certain number of international U-23 athletes.

The Winnipeg-based side has revealed eight players on the books for the upcoming season, with co-captains Daryl Fordyce and Andrew Jean-Baptiste returning alongside the likes of Raphael Ohin, Stefan Cebara, and Diego Gutierrez.

Ponce is the first new player among the bunch. The financial terms and length of his contract with Valour FC were not disclosed by the club.

Next week will see Valour undergo its first CPL-U SPORTS Draft under Phillip Dos Santos, who will hope to find some further talent with the fourth and twelfth picks of the draft.