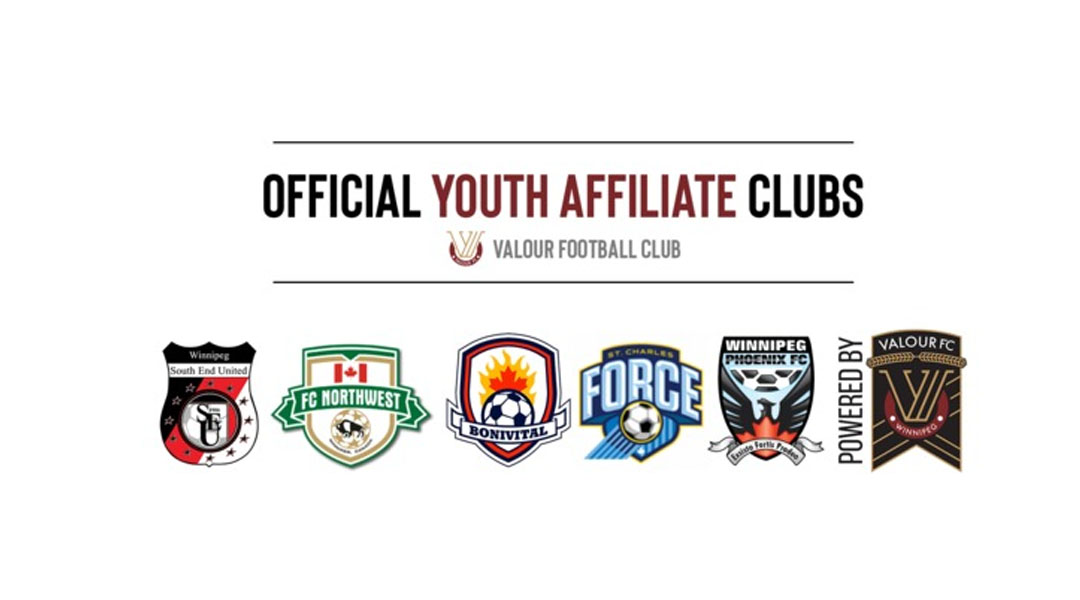 Canadian Premier League side Valour FC is continuing its community focus with a string of new youth affiliations with grassroots, developmental, and high-performance programs in the province.

Players who participate in these programs will have the opportunity to graduate to developmental skill centres that will be led by local youth coaches along with Valour FC staff and players. There will be supplemental training open to players between the age of 8 and 14, too.

This is an important step for the overall commitment to youth soccer within this province. We’re excited to work together to not only support these clubs but to help foster a passion for the game in Manitoba youth.

Gale stated that the Canadian Premier League side wants youngsters to fall in love with both soccer and Valour FC itself, stating that the move aligns the the CPL side with the longest-serving provider of soccer in the city to ensure year-round programming for groups across both Winnipeg and the rest of the province, too.

Currently there are large gaps in programming and areas like ‘mini soccer’ only receive organized training with real support for coaches and players in a short summer block. Our youth alliance is delighted to partner with Valour FC to meet the modern day demands of our sport and provide more regular structured and exciting programming.

The province of Winnipeg hosted the opening month of Canadian Premier League in a bubble format, with Valour FC sitting atop the table at its conclusion. While the club dropped three consecutive away games after this, the side still rests third in league standings.

The CPL side ranks as one of the top teams for giving domestic U-21 minutes to its eligible athletes, though we’ve heard whispers that the 1,500 minute requirement is capped at 750 minutes for loaned athletes, with the remainder needing to come from players contracted directly to the club itself.

The league has not confirmed this roster rule, though two CPL sides suggested it was in effect, and another stated it had not heard formal confirmation of such.

Valour isn’t the only CPL team to establish numerous youth partnerships, with Atletico Ottawa recently bringing in an 18-year-old midfielder from one of its youth affiliates earlier this week. The Valour FC Elite Girls, formerly known as the Manitoba Blizzard, have also been helping grow the playing careers of female athletes too.

With local side FC Manitoba also bringing in exciting youth talent for its summer exhibition series, there’s certainly growing opportunity for locals looking for a pathway to professional football.

The Winnipeg-based side recently added defender Rocco Romeo to its ranks, with the 21-year-old scoring on his debut after arriving on loan from Toronto FC.