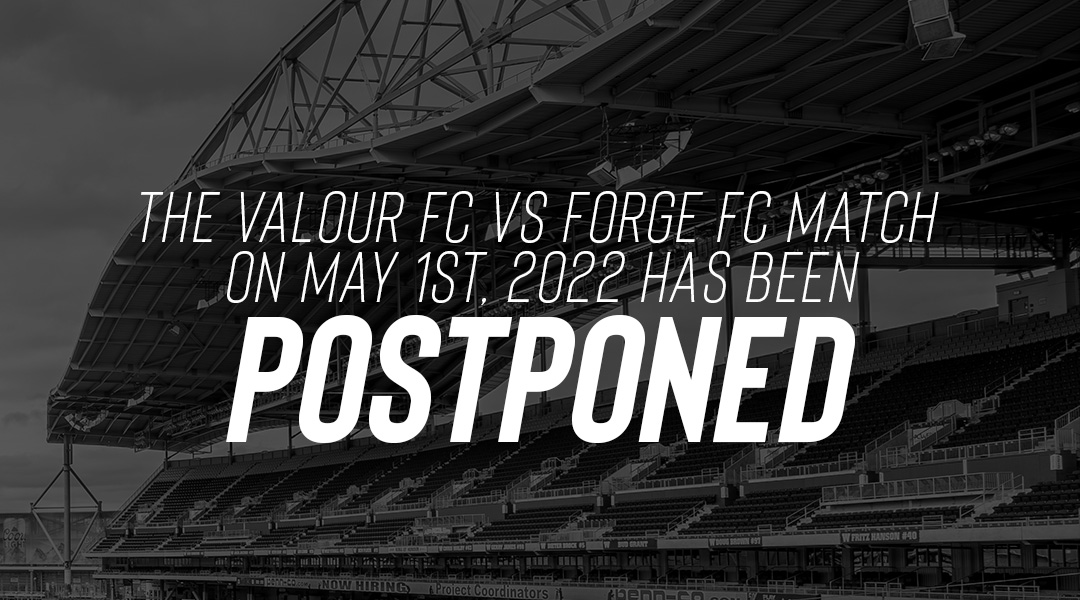 Winnipeg’s Valour FC was set to enjoy its home opener this weekend, but the occasion has been officially postponed due to the league’s COVID-19 protocols.

The match will now have to be rescheduled, though at the moment no replacement date has been locked in. A new date expected to be announced in the feature.

On Friday the Canadian Premier League announced the upcoming match on Sunday, May 1 between Valour FC and Forge FC has been postponed due to League Covid Protocols, based on advice from medical experts.

This marks the first regular season match of the 2022 Canadian Premier League season to get postponed due to a COVID-19 pandemic that had actually led to IG Field hosting the entire league for a portion of the previous season.

It’ll be a tough moment to swallow for Valour FC fans: the club was coming home after a three-game road trip that concluded with a stellar 6-1 away win over Atletico Ottawa, suggesting that the hosts were coming in red hot.

We had speculated that the return home would be a big boost for them this week, too.

Forge FC got off to a slow start in the league’s fourth campaign, but secured their first win with a comfortable victory over FC Edmonton last weekend.

Forge’s next match is a 905 Derby away to York United on May 6, while Valour FC is set for a ‘new’ home opener when it hosts the Halifax Wanderers on May 7.

The COVID-19 situation unfolding at the club level was not detailed by the league. Further news on the replacement fixture is expected soon.