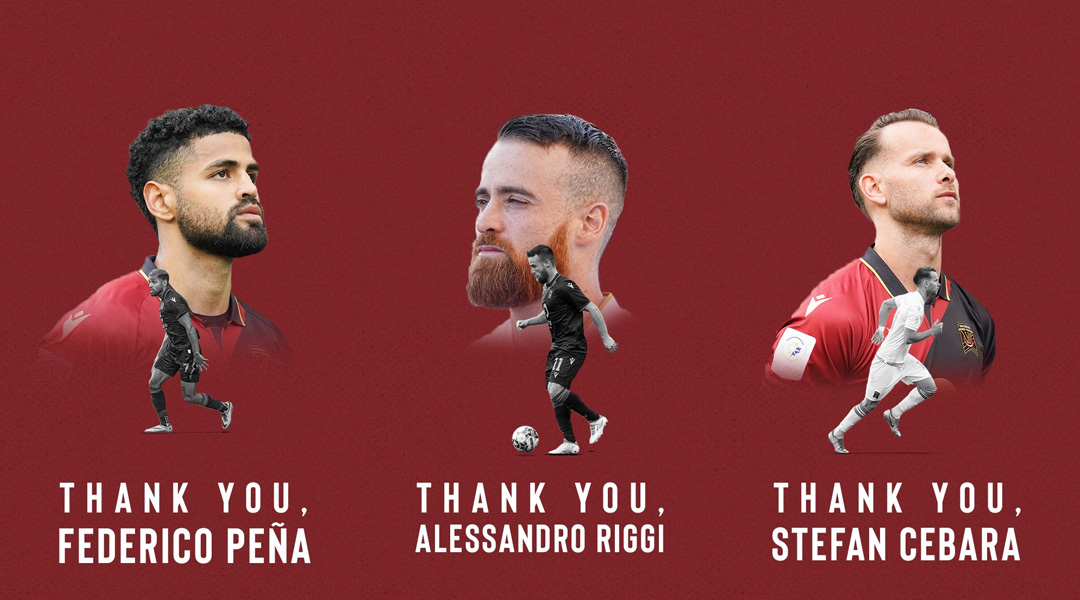 Canadian Premier League side Valour FC has parted ways with club original Federico Pena, defender Stefan Cebara, and forward Alessandro Riggi, with the former two having been under option consideration.

The current roster for the CPL side rests at eleven players, with nine having stayed in place with two brand new additions having been revealed thus far.

Full-back Federico Pena now leaves Winnipeg behind after making 62 appearances throughout the last four seasons, 22 of which came this year. Dos Santos had dropped his minutes considerably after June, where his final 11 appearances – all but one as a substitute – only added up to 152 minutes.

It was last year when he broke through the outskirts of the Trinidad and Tobago national team, where he was deployed on the right flank for a tough introduction against the United States. At age 23, he enters free agency at a crucial time for his development.

Defender Stefan Cebara will wrap up his time in the ‘Peg with after making 57 appearances across all competitions since 2020. The Canadian defender got a fair bit of minutes as a centre-back this year, though he’s capable of playing out on the right side, too.

Given that he’s spent most of his career abroad in Central Europe, there’s no telling where the 31-year-old veteran could land next.

The third departure of the day is fast-footed forward Alessandro Riggi, who had arrived from the Halifax Wanderers this season. He contributed three goals and one assist through 23 appearances for Valour, but like Pena saw contributions largely shaped into short stints off the bench at the tail end of the season.

The 29-year-old purchased a new home in Arizona, suggesting that he might be in for a move back stateside. The Montrealer had previously played for Phoenix, but there’s no telling what might be next for Riggi after three seasons in the CPL.

In the club’s last roster update, it stated that it was still assessing its options on Tony Mikhael, Jonathan Esparza, and Daryl Fordyce, while it remains to be seen what happens with out-of-contract duo Rocco Romeo and Nassim Mekideche.

The Winnipeg-based side recruited defenders Jordan Haynes and Abdou Samake from Pacific, with new rumours springing up that English midfielder Kian Williams might be inbound after a spell in Iceland. In terms of more departures, both both Brett Levis and Moses Dyer have left the side to pursue opportunities south of the border.