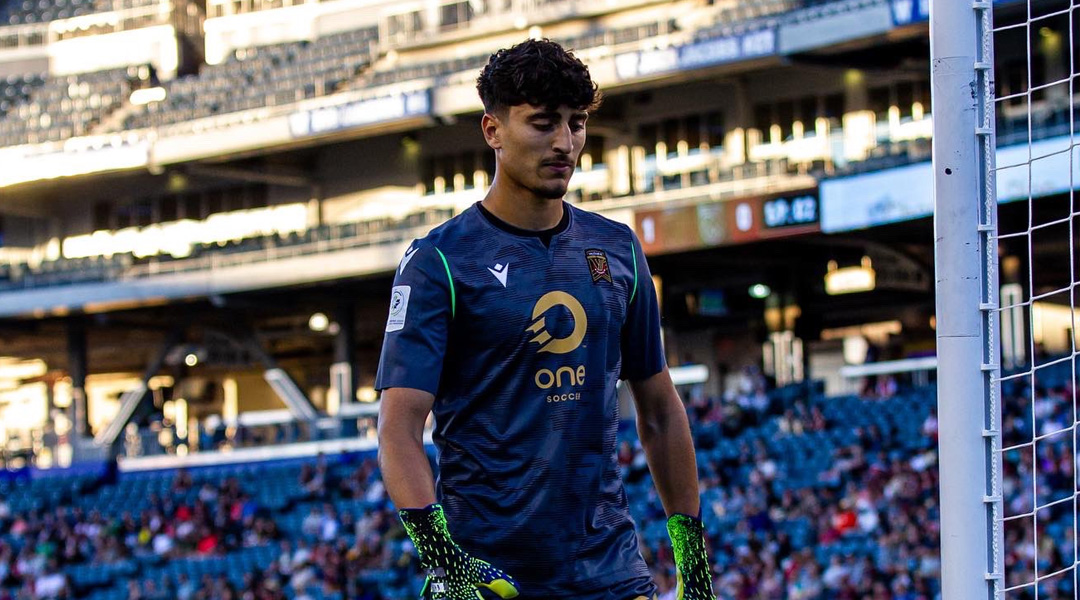 The sizeable frame of Valour goalkeeper Rayane Yesli is easy to spot on the AC Ajaccio training grounds.

The six-foot-seven goalkeeper joined the Ligue 1 side for a training stint last week, and still has another week to go in the high-level environment.

The opportunity to test himself with the top flight French team comes after Yesli completed an impressive debut season with Valour FC, where he managed to dethrone CF Montreal loanee Jonathan Sirois as the club’s first choice goalkeeper as the season progressed.

He amassed four clean sheets out of ten appearances to cap off his first CPL season, which also included a domestic cup match against the Vancouver Whitecaps.

Prior to signing with Valour a year after being selected by them in the draft, Yesli was an emergency goalkeeper for the league itself, and featured for PLSQ sides CS Fabrose and AS Blainville.

Yesli has turned a few heads in Ajaccio, starting out with the reserves before joining the first team’s training sessions more recently. That being said, the six-foot-seven frame of Yesli is expected to return to Valour FC, where he’s set to start the campaign as the club’s number one.

The Winnipeg-based side has yet to recruit Yesli’s goalkeeper competition, with Sirois unlikely to return for another loan stint from CF Montreal. Last season saw Electric City’s Quillan Roberts trial with the side before Valour opted to go with with Sirois and Yesli.

Yesli is eligible for both the Canadian and Algerian national teams.

AC Ajaccio secured promotion into France’s top flight last season, though the island-based club now finds itself amidst a relegation battle as the season has unfolded.

Meanwhile, there’s a few athletes trialing for moves upwards with Daniel Krutzen at the Whitecaps and former Valour defender Nassim Mekideche fighitng for a spot at Sporting Kansas City.