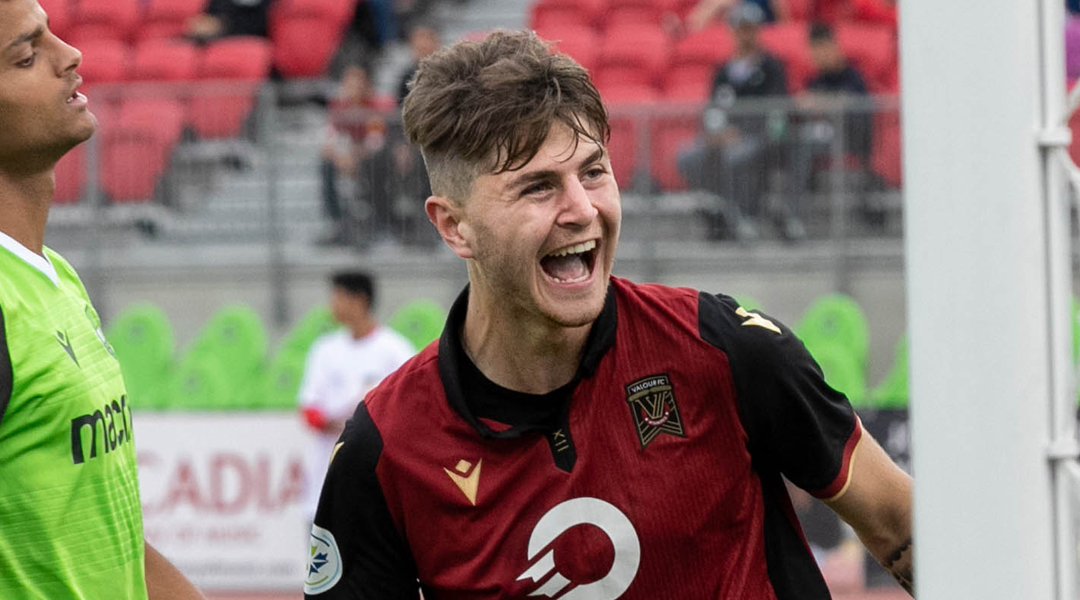 At this point last year, Tyler Attardo was a fairly unknown quality in Canadian soccer circles: the now-18-year-old had yet to make his professional debut, and relied on impressing at an open trial to earn a contract with Valour FC. Now, he’s known as the league’s youngest-ever goalscorer, holding some serious potential and an uncanny knack for being in the right place at the right time.

So, perhaps it shouldn’t be a surprise that the local Winnipeg youngster has now signed with Chilean Segunda Division side Fernandez Vial, though it appears the transfer is only a small stepping stone ahead of an eventual move to Europe once the transfer window re-opens.

The youngster was signed for an undisclosed fee, becoming the CPL’s youngest outbound transfer and the first ever Canadian Premier League player to be sold to a South American team.


Speaking with Thomas Nef, Attardo’s agent revealed that the youngster was initially set for a transfer to Europe over the winter transfer window, but a series of delays prevent the move from materializing in time. Chile, it seems, was the backup plan for the youngster, who thanked Valour FC for giving him a platform to prove himself on.

The interest from Europe was real to begin with. That’s where he was originally going to be sold to. This was like a back-up plan, and I have no doubt in my mind he’s a player that should be in the Canadian U-20 national team for starters. He’ll be in Europe for July. He’ll do well there. He’s proven in this league with little service. I can imagine in South America or Europe with a real ’10’ [playmaker] giving him the ball he can show all of his quality.

Attardo will find himself bound for Europe in two weeks time, where he will then trial with some undisclosed clubs. Should everything pan out for the youngster, a more permanent move to Europe – with Fernandez Vial facilitating the transfer – will come to fruition.

Given that Attardo spent some of his youth career with Italian side AC Chievo, it won’t be the first time he’s been to Europe in order to further his career. The 18-year-old holds an Italian passport, which will make an eventual transfer to a European side at least a little bit less tricky.

Attardo was a product of the GotGame Open Trials held by the Canadian Premier League which allowed for prospective players to pay their way into one of several large-scale tryouts across Canada early last year. The then-unassuming 17-year-old was snapped up Valour FC, with Rob Gale stating that he had known the local youngster for years and believed he was ready to make the step up into professional football.


Attardo had to wait to until the tail end of the spring season to get significant minutes, but he hit the ground running and began putting in consistent performances. By the end of the season, one of the league’s youngest players had accumulated six goals in twenty-two appearances, which is a great return for a prospect of his age.

I’ve got to say it’s an absolute credit to the boy. We felt like we would try to manage him as best we could and not put too much expectation on him, but with hard work and keeping his head down with an absolute desire to improve and learn every single every day with no fuss. A lot of other people in the league could learn from him. It just showcases that if you work hard and you want to improve and you have that desire then anything is possible.

Only Marco Bustos scored more league goals for Valour FC than Attardo, meaning that Gale has now lost out on the club’s top two goalscorers following Marco’s departure for Pacific FC. Gale has begun bringing in his replacements, with the likes of Fraser Aird, Brett Levis, and New Zealand international Moses Dyer all recently being brought in.


Attardo may be the youngest Got Game open trialist who earned a CPL contract and then moved on to play outside of Canada, but he isn’t the first: fellow Got Game trialist Kodai Iida spent a season with the Halifax Wanderers before being released to play for Oklahoma City Energy in the USL2, though Attardo’s situation is evidently different.

Given that Attardo’s eventual move to Europe will take some time, it’s unclear what the near future holds for the player. The possibility of a loan back to Valour FC for some of the 2020 Canadian Premier League season is there.

It’s unclear what the next few months will ultimately hold for Attardo, who’s hoping to settle in Europe when the transfer window allows for such a move to occur. His agent claims there has been interest from Portugal, Spain, and Switzerland, but only time will tell who Attardo will be trying to score goals for next. He says he’s taking things one step at a time, and for now that next step is simply impressing at the trials, leaving him in a similar situation to where he was last year – albeit at a higher level.

The transfer fee that Valour FC received for Tyler Attardo was not disclosed by the club, which is likely standard league practice. When former Cavalry FC defender Joel Waterman was sold to the Montreal Impact, that transfer fee went undisclosed as well.