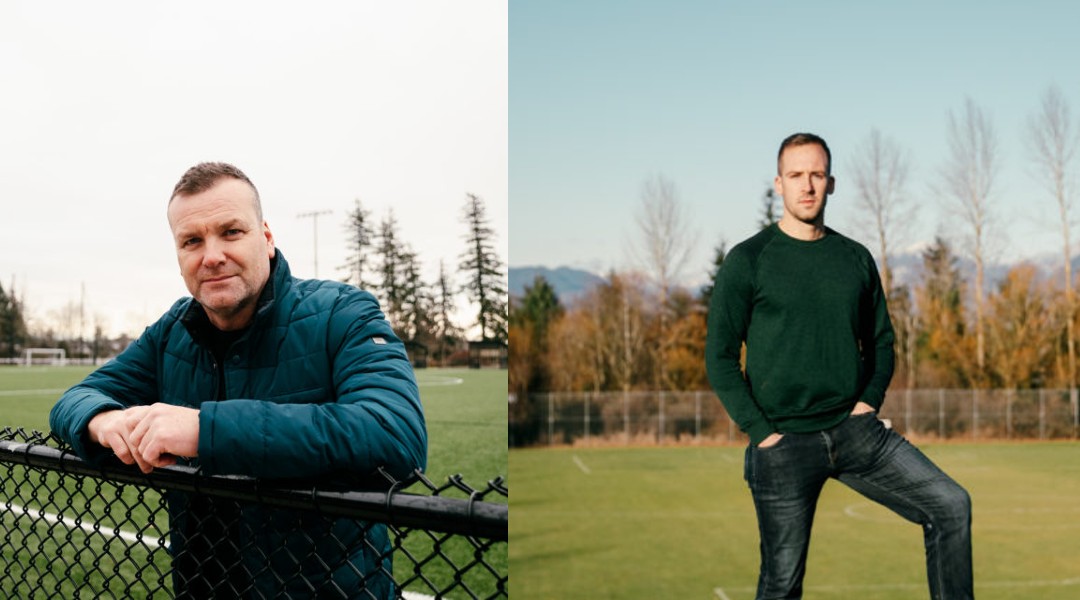 The duo, who hail from Surrey and Abbotsford respectively, are two coaches who bring a lot to the table in terms of experience and local DNA. They’ve both already jumped in to begin helping Afshin Ghotbi with the inaugural roster build.

Mark Village will be intimately familiar with Canadian Premier League circles: an inaugural squad member of Pacific FC, he made 17 appearances for the Tridents before transitioning into a goalkeeper coach role with the team, and was on the sideline as they won a league title in 2021.

His transition to Vancouver FC sees him arrive as a short hop (or ferry ride) from the isle, which is the same path the club’s inaugural signing Callum Irving took.

“I look forward to seeing Mark continue to work with Callum on evolving his game, and providing that same expertise to any other goalkeeper that comes into the club in the future,” said Ghotbi of Village.

His playing career took him to England through Crystal Palace and Colchester United (among others), as well as stints on both sides of the border with CF Montreal, Vancouver Whitecaps, and the Seattle Sounders.

“We are thrilled to welcome both Niall and Mark as the first additions to our coaching staff,” said Afshin of the two. “Niall’s experience both as a former player and longtime coach in the area will not only give us a competitive edge on the field but will help us to understand and connect with the community around us off it. As we build our team out from the back, Mark’s intimate knowledge of the Canadian Premier League will be crucial to providing our squad with a solid foundation from which to grow.”

With Afshin Ghotbi’s first two members of the coaching staff now revealed – though there’s also a team manager to help with logistics – the club is expected to release plenty of roster updates in the near future.

Ghotbi told us that he wants to have most of the roster wrapped up by Christmas, with the club set to reveal plenty more about VFC both on and off the pitch this January.

The club made its first two draft selections last night.