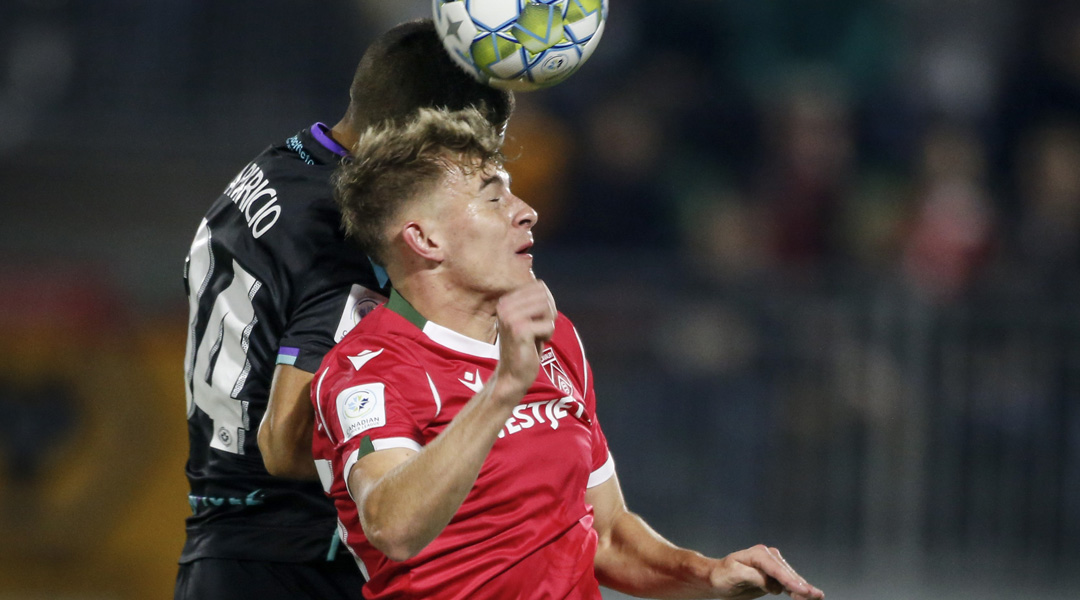 The 24-year-old spent the last three seasons with Cavalry FC, where the defensive midfielder accrued 65 appearances after joining from the Halifax Wanderers. While he had been offered a multi-year deal at ATCO Field after leading the side in recoveries, he felt it best to pursue a new opportunity elsewhere.

“I am excited to join Vancouver FC for its first season in the Canadian Premier League,” said Simmons of the move. “I believe in what Afshin and Rob Friend are building here, and I can’t wait to help the team make an impact in the league from the get-go.”

Born in Luton, England before emigrated to Ontario as a child, Simmons progressed through the youth levels with both the Goulbourn Soccer Club and the Ottawa Fury before returning to England to train with the Milton Keynes Dons and Malaga CF academies.

He took his first professional steps in Sweden with Dalkurd FF before undergoing a loan to Finnish side Mikkelin Palloilijat, eventually returning home to sign as an inaugural squad member of the Halifax Wanderers for the 2019 CPL season.

He was one of the club’s standout players and was quickly scooped up by Cavalry after the season’s conclusion. Now it’s happened to Cavalry in turn, with the midfielder turning down a new deal to sign with Vancouver FC.

“Elliot is a well-regarded player around the league and we are thrilled that he chose to play this next phase of his career with Vancouver,” said VFC gaffer Afshin Ghotbi, who expects the 24-year-old to play a key role in the team’s debut campaign.

With 82 professional appearances under his belt from his time with Cavalry FC and Halifax, he’s proven to be one of the league’s most astute midfielders when it comes to positioning, awareness, and overall defensive prowess.

“By adding Elliot to our squad, we are bringing in another player with a keen understanding of what it takes to win in this league,” added VFC CEO Rob Friend. “I am already impressed by the way Elliot can helm a team and expect even more out of him once he puts on a VFC jersey.”

The Vancouver FC is expected to announce further club additions in the near future, with inaugural signing Callum Irving having been unveiled last week

The full length and details of Elliot’s contract were not disclosed by the club.