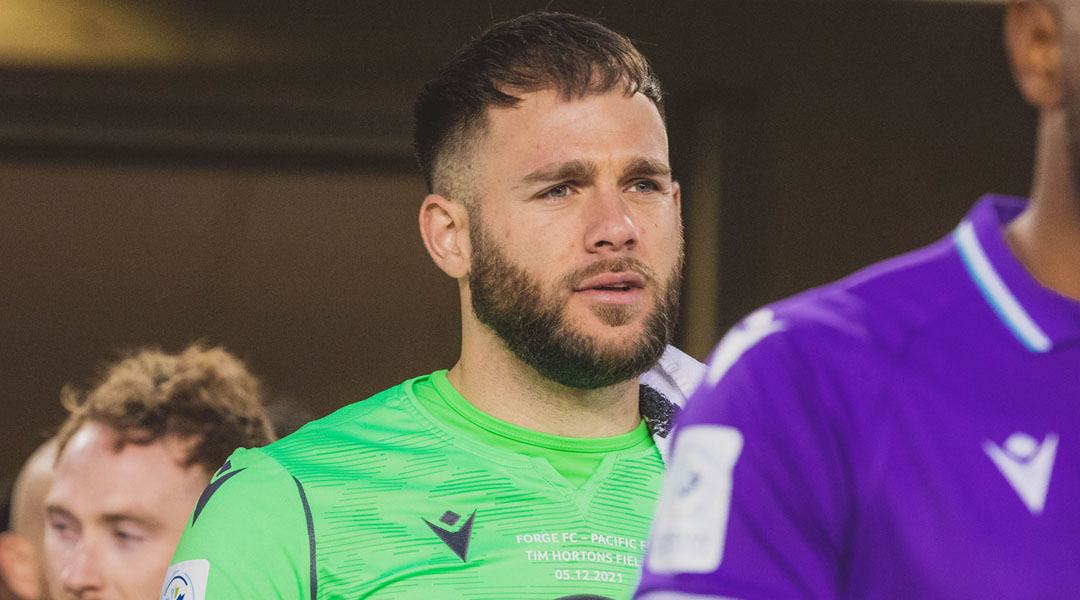 “It’s official. We’re making history,” said a statement from the club, with VFC CEO Rob Friend stating that it meant a lot for the club to commit to a Vancouver local for its first-ever signing.

The 29-year-old, who hoisted a league championship with neighbouring side Pacific in 2021, will be seen as a key leadership figure for the expansion side – though he said the decision to leave the Isle didn’t come easy.

Irving had made 69 appearances for Pacific since arriving in 2020, recording 22 clean sheets across all competitions. His final season on the Isle saw him make 33 appearances, finishing tied for third-most clean sheets in the league with nine.

He also earned two golden glove nominations from his three prior seasons in the league, too.

“I’m born and raised in Vancouver and when you see a club with the name Vancouver FC, I think you see yourself with that a little bit,” Irving stated in a press release. “For me, it wasn’t an easy decision since I’ve had such a good time over the last three years and made such good friends and close relationships on the Island. But when the conversations were had and everything was laid out on the table, I’m excited about the decision I’ve made about moving forward with Vancouver.”

Vancouver FC head coach Afshin Ghotbi had told us that the club is on course to have most of its inaugural roster wrapped up by Christmas Day, so there are player signings aplenty expected to follow suit in the near future.

Given that the club also has the first two picks of this Thursday’s 2023 CPL-U SPORTS Draft, it’ll be a busy week of roster news for the Langley-based club.

“Part of the mission of this club is to develop the local talents of the British Columbia area, Vancouver area, and Callum is one of the local players that has had a wonderful career,” adds Ghotbi. “I got to know him when I was watching the Pacific games starting last year, and the more games I watched the more I liked him. He brings a certain calmness in the team and a certain consistency that you’re looking for in that position.”

With Ghotbi stating that he hopes to challenge for playoffs in Year One with ambitions for a North Star Shield in the following campaign, the expectations are high – and the first player signing is expected to set the standard.

“From the beginning, when I started speaking with Rob Friend, I explained that we need to build this team from the goalkeeper up,” says Ghotbi, who believes Irving can compete at the national team level. “If you give me a top goalkeeper, two top central defenders, we will always be there for the playoffs.”

Friend – who only recently transitioned to a leadership role with VFC after planting his flag with Pacific – also clarified that the club only spoke with him following the 2022 CPL season, when he was already a free agent.

The length and financial details of Callum’s contract were not disclosed by Vancouver FC.