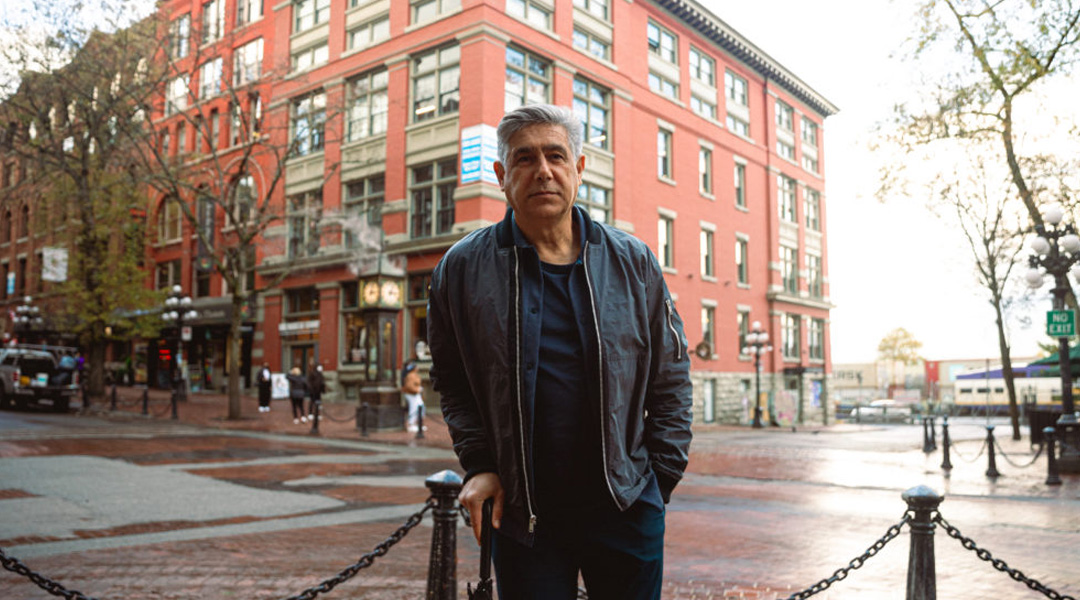 While Vancouver FC looked all quiet on the western front, head coach Afshin Ghotbi has been hard at work behind the scenes identifying players for his inaugural roster.

Vancouver FC is taking shape ahead of an inaugural season that is expected to kick off in just about four months’ time.

The Canadian Premier League’s newest club has moved quickly since being announced just over a month ago. Tasked to lead the side through its inaugural season is none other than Afshin Ghotbi, who once helmed Iran and has coached at three World Cups, assisting South Korea all the way to a semi-final in 2002.

While Ghotbi has seen a lot in his storied career thus far, building a team from the ground up is a new challenge for him. He’s rolled up the sleeves and dived into it, scouring potential free agents, looking at international signings, and evaluating endless lists of of statistics through what has turned into 16-20 hour days that felt long enough even before the World Cup was thrown into the mix.

The VFC head coach isn’t doing it alone: club owner SixFive Sports and Entertainment brought in the CPL’s own Director of Football, Oliver Gage, who has an intimate and layered knowledge of both Canada’s domestic footballing landscape and how to attract the right type of international talent, too. The club has also brought in an assistant coach who is helping Ghotbi with the process, and a goalkeeper coach has joined the ranks recently, too.

“He’s been fantastic,” Ghotbi said of his as-yet-unnamed assistant. “I’ve really loved working with him so far.”

The club has also recruited a Team Manager to help with logistics, with the gaffer saying that the process of placing building blocks behind the scenes is moving fast.

“I’m really impressed about how quickly we are finding and identifying the right people with the right character with the right qualities to kind of help us complete the infrastructure around the team,” said Ghotbi, who revealed that he and his assistants are actively working on the roster build from the morning to the late evening on a daily basis. It’s a lot of Zoom calls and, presumably, a small fortune in coffee, too.

Ghotbi has identified several of the players he wants, but that’s just the tip of the iceberg for the recruitment process: once they’ve identified a potential transfer target, the coaching staff looks at all of that player’s videos until there is a consensus that the athlete is a match for what they want. The team then sets up a video call, asking ‘all the rights questions’ to discern who the player is on a human level, and want they want to achieve as football players.

“Usually in these calls as you can you get a really good feeling about the person who you’re trying to invite,” says Ghotbi, who says that if everything has gone right up to that point, the club would then start negotiations with the player or their agent – another area where Gage has ample experience for a salary cap league like the CPL.

Afshin hopes that by Christmas-time the club will have signed most of the players that it has been targeting, though he’ll leave some openings in certain positions and roles that will be filled between January and February. They will also hold trials in those months for some athletes that he wants to see on the pitch himself before committing to them.

With Vancouver FC getting the first two first round picks of the CPL-U SPORTS Draft, Ghotbi and his team are also researching to see who the best talents from university circles may be, with the group also scoping out options from League1 BC, League1 Ontario, and the PLSQ, too. There’s also some conversations about having open tryouts to potentially unearth some unknown or local talents.

“We’re looking at players in League1 Canada, we’re looking at semi-professional players, we’re looking at Canadians that are playing anywhere in the world who maybe have Canadian parents but they’re playing in a European or Asian country,” added Ghotbi, who says that the club is creating a very vast radius for its recruitment progress.

He’s also excited about the talent pool presented to him in terms of international signings, too.

“Because of my work in seven different countries before Canada being the eighth, there are a lot of relationships and friends around football that I have, and I’ve asked them to help us. Oliver also has a very vast network and, of course, the ownership – they’ve been doing this for a while with Pacific, and they know a lot of different people. Rob has played in Europe for many, many years. We will do our best to do our due diligence, to find the right talent, the right character with the ambition to win games, to be champions, and also to want to be part of an international career.”

There’s certainly a lot of different stages to his roster build, but it’s a process he believes will help Vancouver FC make the right decisions as the months edge closer to the club’s inaugural campaign.

The league’s only other expansion club, Atletico Ottawa, finished top of the league in 2022, but its first two seasons saw it finish seventh and eighth respectively. When Ghotbi was announced by the expansion side last month, he was blunt about having high aspirations to challenge for playoffs in year one with hopes of claiming a North Star Shield in year two.

So now that he’s had more time to evaluate the quality available to him, we circled back on that question to see if his expectations on when he hopes to pick up a North Star shield had changed.

“Maybe sooner,” he laughs, before saying that he will be giving it his all. “I’m ready to go from day one. I think that’s the way of my DNA, it’s the ownership’s DNA. We’re competitive people. That’s why we were able to have the careers we’ve had. So yeah, of course, we want to really do something special for the city of Vancouver and we want to be a big part the development of Canadian internationals and part of the future of Canadian football development.”

For Ghotbi, who hopes to find a permanent home for his family in Vancouver over the next month or so, there’s a long journey ahead if he’s to make history with the Canadian Premier League’s newest club. For now, he’s certainly putting in the work to help launch it on the right footing.

Vancouver FC’s preseason training camp is aiming to kick off on February 10.