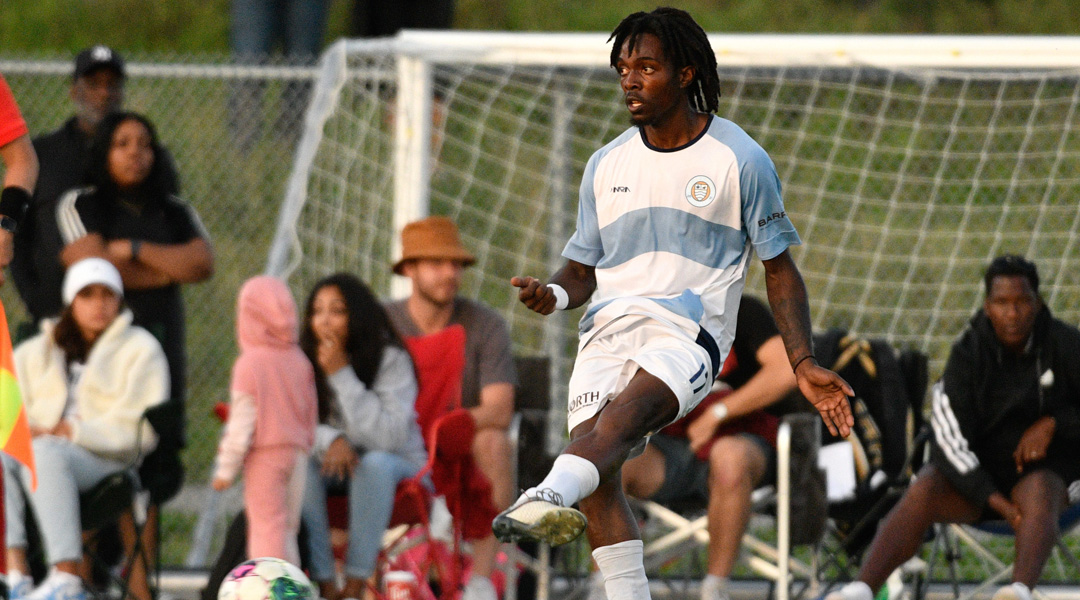 The Canadian arrives as just the fourth signings made by the fledgling expansion side, with Afshin Ghotbi having first made intra-league additions through Callum Irving, Elliot Simmons, and Mamadou Kane.

Wentworth was a regular feature in the Simcoe County Rovers roster, making 21 appearances for the club throughout its inaugural campaign and contributing a goal against league heavyweights Woodbridge Strikers.

John-Wentworth had suited up for the Vaughan Azzurri in 2021.

The Ajax, Ontario-born winger has also played for Durham College, helping the team collect a CCAA National Championship title before moving on to the Murray State College Aggies.

As a left-footed athlete who plays out on the left flank – either as a full-back or pushing up on the wing – he represents an intriguing pickup by the expansion side. We’re hearing he won’t be the only Rover to land in the league this season.

The length of John-Wentworth’s contract was not disclosed by Vancouver FC.