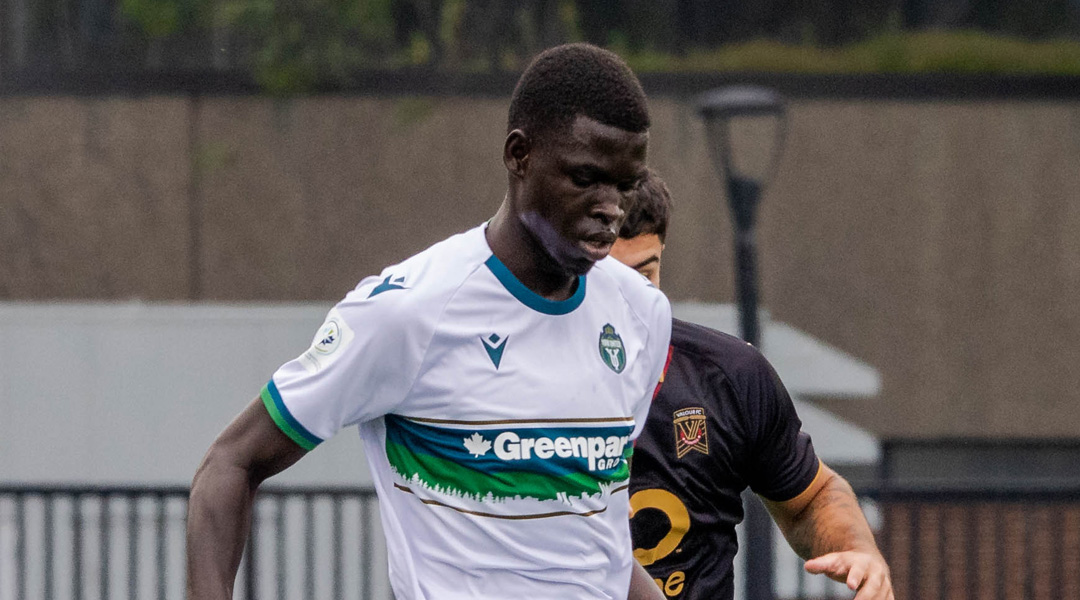 Vancouver FC has completed the transfer of Canadian forward Mamadou Kane, who arrives to the expansion side in an intra-league move from York United.

The 19-year-old had been signed by the Nine Stripes almost exactly a year ago, where the CF Montreal Academy product was touted as an intriguing prospect after featuring for Canada at the U-17 World Cup in Brazil.

Kane featured thirteen times for York United in his debut CPL campaign, contributing one assist in the Canadian Championship against the Whitecaps. While promising, the young winger found his minutes on the right wing limited under Martin Nash.

Kane then underwent a mid-season loan to FC Edmonton, where he completed another seven appearances to cap off his debut CPL campaign.

“He’s a player we still see as having a massive future but for that development to happen he needs to earn minutes,” said York United President Angus McNab. “We feel Vancouver may be a better environment for that, especially given some of the signings we are looking at making.”

With Kane having accrued just 367 minutes of CPL action through 18 league appearances, it’ll be interesting to see how he slots in out west under Afshin Ghotbi, who believes that the young forward developed a good understanding of what it takes to succeed over the last year.

The 19-year-old becomes just the third-ever signing for Vancouver FC, following Elliot Simmons and Callum Irving. He’ll be the first to contribute towards domestic U-21 minutes.

“We are excited to see what kind of impact Mamadou can make on the field for us this year,” added VFC CEO Rob Friend. “As a club, we are committed to playing our part in developing young Canadian players, and we believe Mamadou has all the tools necessary for a bright future in our league, and in the game in this country.”

The club will also be looking at youngsters Anthony White and Ameer Kinani following their selection in the 2023 CPL-U SPORTS Draft.

Vancouver FC did not disclose the details of the transfer, nor did they confirm the length or structure of Mamadou’s new contract.