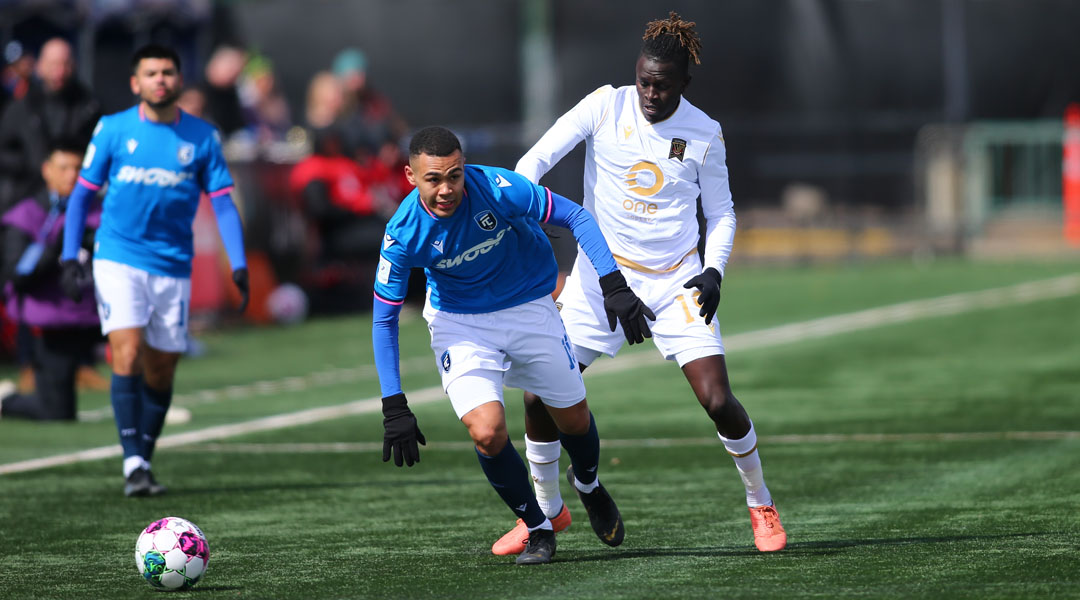 It’s been a good month for former FC Edmonton players finding their feet at the professional level.

Before turning pro, Simmons had turned heads with the York University Lions and the MacEwan University Griffins, with the Edmonton local going on to make 24 CPL appearances for FC Edmonton throughout the club’s final season.

“I am excited for this new opportunity with Vancouver FC,” said Simmons, who notched an assist with FC Edmonton. “I learned valuable lessons last season about what it takes to be a professional player and I look forward to applying that insight when representing Vancouver.”

Three of the team were recently sent out for a training opportunity with English Championship side Huddersfield Town.

“We are pleased to welcome Marcus to our group,” said Afshin Ghotbi, Head Coach, Vancouver FC. “Marcus showed promise in his first season as a professional and we believe there is even more to come for him as he begins to work in this new environment in Langley.”

Vancouver FC did not reveal the length or financial terms of its contract with Marcus Simmons.